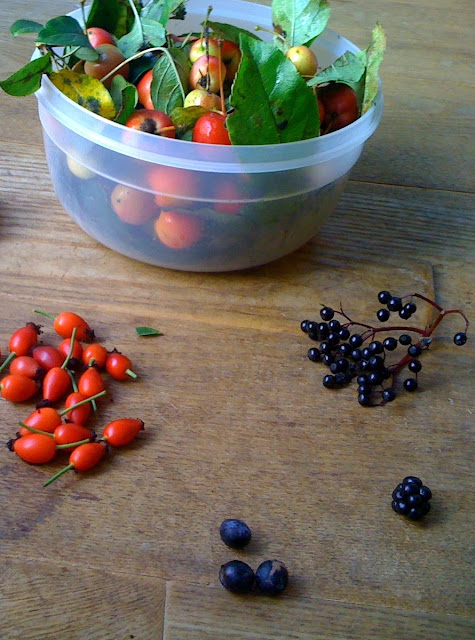 All food was wild once, and all the vegetables in rows at the grocers were bred over centuries from what we now call weeds. Their most promising pieces were bred over and over, to be sweet and swollen, to be fleshy and fertile. They were bred until they were unrecognisable, merely to fit with our tastes.


Yet colour and tastes go in and out of fashion with each generation; look at the white eggs that were fashionable a few decades ago, and how completely they were all replaced by otherwise identical brown ones, simply because brown eggs carried an image of being more “natural.” We do the same thing with our crops, leaving behind legions of purple carrots or some other victim of changing fashions.

Most importantly, the varieties we get at the store were selected for bland flavours, giant sizes and their ability to sit in a box or on a shelf for weeks while being transported across an ocean to your neighbourhood store. Fresh vegetables, typically, are nothing of the kind.

The wild food still exists all around us, though, all over our fields, and our hedgerows create a vertical salad bar filled with food for the taking. Some of these are wilder versions of familiar vegetables, like wild parsnip or sea beet. Mostly, however, the woods and meadows teem with foods that have no domesticated equivalent, like fat hen or jack-by-the-hedge.

Beech nuts are coming into season, and while any individual beech only produces nuts every few years, you can usually find several in a small area. The pods open to reveal four nuts of three sides each, and while they are fiddly little things to gather, a good source can make it worth your while.

Blackberries and raspberries are coming out in force this year, and while many people take the traditional route of preserving them in jams, I find that most of my friends have enough jam to last them the rest of the decade. Try something new, like mixing them into salad  or crushing them into a paste and spreading them over meat.

Dandelion leaves are best when young, but the roots should now be at their fullest. Try pulling them out and roasting them like coffee.

Hawthorns are just coming out now, and a single tree can yield thousands of berries. They make a colourful wine and jam, and are easy pickings, and while they are not the most strongly-flavoured berry, they can be mixed with other ingredients – try hawthorn-and-ginger jam, or hawthorn-and-crabapple wine.

Hazelnuts should be coming ripe in a few weeks, and there are plenty of them around. Packed with protein and nutrition, these nuts are worth giving the nearest hazel bush a shake.

Juniper berries have traditionally been used to make gin, but have many other uses. Some peoples make the berries into a kind of beer, others roasted them and ground them into a kind of coffee, others to flavour meat.

Rosehips are packed with Vitamin C, and its syrup has famously been used as a medicine, it also can be made into jam or wine. Always remove the sharp seeds first.

Elderberries are just darkening now, and by the end of the month can be made into wine, jam, pies, meat sauce, cordial or just added to salad. To make a cordial – with this or any berry – just fill a jar two-thirds full with berries, pour in a bit of sugar – how much depends on the type of berry – and then fill the jar with vodka.

This will be the best autumn for foraging in many a year -- last year’s constant rain washed away all the pollen, and we saw very few fruits or berries – so you won’t find a better time to start. Of course, these are all the best-known wild plants, and if you have other enthusiastic foragers around you might find the hedgerows well picked by the time you get out there. There are other wild foods all around you, however, that are largely forgotten. More on that tomorrow.

Crops and seasons relate directly to Ireland, but more generally to the temperate Northern Hemisphere.
Photo: Crabapples, elderberries, blackberries, sloes and rose hips, all from our hedgerow.
Posted by Brian Kaller at 23:58

great post! I want to pull some of the big dandelions out back and roast them up. have not tasted dandelion coffee before altho I have known about it for long years. my Mom tried to feed us the greens but my sis and I turned up our noses as young lasses (with attitudes..)! I tend to let all the foragable food go to the deer and birds here. they may have to wrestle me for it this time...