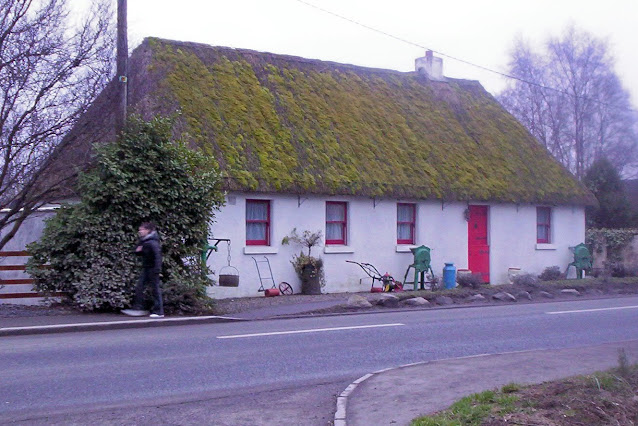 Growing up in an Irish family in Missouri, St. Patrick’s Day combined all the things I loved most about holidays, without any of the negatives. Big-league holidays like Christmas, Thanksgiving and Halloween only arrived after weeks of television commercials and yard decorations, until the day itself could be a serious anti-climax.

St. Patrick’s Day, though, meant gathering with cousins, marching in a parade, waving to crowds, eating great food and just socialising. It was a genuine family holiday.

Here, though, St. Patrick’s is mostly for tourists who are walking past my home drunk as we speak – “amateurs,” as my grandfather, an Irish cop, called them. When you think about it, the global St. Patrick's Day celebrations feel a bit strange; people of many backgrounds, around the world, celebrate an ethnic group most don’t belong to, a foreign country most have never visited, and a Catholic saint who probably would be flummoxed by the whole shebang. Of course, many Americans are Irish, but many are also English or German, and they don’t get such unanimous celebrations. And while most descendants of the Irish diaspora have embraced and laugh along with the stereotypes, it’s hard to imagine most ethnic minorities doing the same.

Perhaps we Irish have that right balance: our past is sufficiently tragic to ground the celebrations in something substantial, while our Ireland has always been neutral enough that we don't have the historical baggage of, say, British or Germans. And the Irish -- both residents of this island and their cousins around the world -- are comfortable and mainstream enough to laugh along with once-malevolent stereotypes.

When I moved to Ireland ten years ago, I discovered that St. Patrick’s Day celebrations were new here; American parades had begun in the 1700s, while Ireland held its first in the 1970s. Like Halloween, it began as a Celtic festival, left with emigrants to North America, changed into a massive party, and has been recently re-imported to this country.

The image of Ireland as a mystical Brigadoon of thatch roofs and village pubs holds a unique grip on the hearts of many Americans. The Irish even have a word for it --- "Oirish," which is to Irish as "Americana" is to American. The strict pandemic regulations were Irish. The Quiet Man was Oirish.

Some modern Irish chafe at the leprechaun stereotypes, of course – we get the same internet and media here as many Americans, and young people's culture here is becoming as Hollywoodised as that of Americans. They feel about other countries’ St. Patrick’s Day celebrations as Americans might feel if Albanians honoured our country with an annual “America Day” procession of cowboy hats, machine guns and surfboards.

Seeing it from both sides, though, I can defend the American image of Ireland to my neighbours here; that sense of common heritage kept Irish-American families together through difficult times, and gave them an ideal of community to aspire to -- one that might be very useful to us in the years ahead

The bucolic image carried a lot of truth; as recently as the 1970s many areas here lacked electricity or central water, and people got about by horses and carts. Ireland has bits and pieces of the modern world stuck on to the old; modern trucks rolling over medieval stone bridges, a modern grocery next to a ruined medieval abbey, our neighbours drive horse-carts past our house, and a thatched-roof pub near our house with a satellite dish.

That's the biggest difference: In my native USA, most of the people you see driving around and watching television have been doing it all their lives. Here, older people live in the modern world but grew up in a much more traditional and self-sufficient one, and some still carry that world around inside them. I'm slowly learning that way of life as an adult, and just like my forbears decades ago, when I leave this island, I'll carry a bit of that world around with me.
Posted by Brian Kaller at 22:32 No comments:

The Girl vs. the Welsh 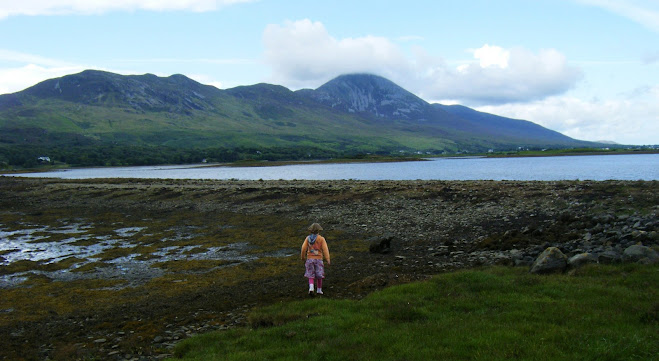 I could write about my daughter almost every day – it’s just a matter of finding the time to write it all down. Tonight she explained that her toys were sliding down a dinosaur to escape. Escape what? I asked.

“They made this slide especially to escape from the naughty, naughty WELSH!” she said. If I’d been drinking something, I would have done a spit-take.

What Welsh, I asked? Who from Wales?

“ALL the Welsh!” she said. “They are the naughtiest of all!”

Why do you think so, I asked in even tones. Was someone on the telly talking about the Welsh? Whether on British or Irish TV, I thought, it’s not like there’s any hateful anti-Welsh rhetoric floating around.

“They just AAAARE,” she said.

We don’t know anyone around here from Wales, and I have no idea why my four-year-old has suddenly developed a prejudice against them. Actually, I told her gently, that’s not true -- most Welsh people are very nice. And there are a few naughty people everywhere -- you know that boy at your school?

“Yes,” she said, looking at me gravely. “He is naughty." She leaned closer and whispered, "Like the Welsh.”

Okay, I’m giving up on this tonight, I thought. She has no idea who the Welsh are – she might as well be discussing dragons. I’ll see if this comes up again, and sort it out.

Posted by Brian Kaller at 21:28 No comments: