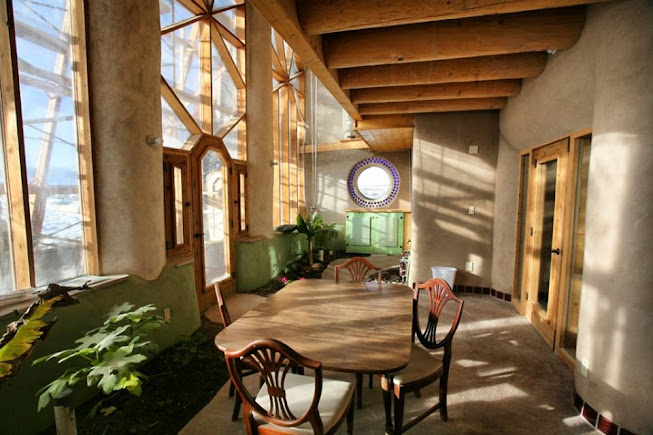 This article originally appeared in the Kildare Nationalist newspaper.

All of us live in homes that are dependent on larger systems to operate: electrical grids, heating and plumbing. Most of our homes require large amounts of energy to run, which we burn fossil fuels to acquire. We also have all kinds of waste products – tires, soda cans – that fill up landfills, never to be used again.

A few decades ago, however, one American began to think through, meticulously, how many of these problems could solve each other. Michael Reynolds called his solution the Earthship, a home built to be as efficient and self-sufficient as possible, using mostly free materials that are either natural or recycled. The Earthship is designed to require as little energy as possible to maintain, to recycle its air and water as much as possible, and to provide food for people inside the house.

In order to keep the temperature as constant as possible, Reynolds planned for his Earthship homes to be surrounded by earth on three sides, usually built into hillsides. As the weight of the surrounding hill would make straight cement walls unstable, Reynolds created walls made of earth-filled tires, curved to allow the hill’s pressure to dissipate around the structure.

Tires turned out to be an inspired choice for building material – there are more than two billion old tires in the world, and they do not biodegrade naturally, so they clutter up landfills. They do hold earth well, however, and a wall of connected tires covered with a plaster can be very sturdy, earthquake-resistant and fire-resistant.

Reynolds also designed the top of the structure to catch rainwater to use for the household, and the buried sides to insulate the house. Other spaces around the front can be made with cement – but Reynolds likes to use old soda cans as filler, to make the structures lighter and to save money buying cement. Another popular technique for Earthships is to use old glass bottles as filler, thus saving mass and cement while also creating insulation – from the air inside the bottle – and creating a small coloured window, all at once.

On the south face of the Earthship – or the north face, if it’s being built in the Southern Hemisphere -- Reynolds placed large windows under an overhanging roof, letting the low sun into the house in the winter when it’s most needed, and keeping the high sun out during the summer when it’s needed least. All day, the sun warms the interior walls and floor of the Earthship, which release the heat slowly over the cold night.

Since the front windows act like a greenhouse, most Earthship owners create a garden bed just inside, a mini-greenhouse in which they can plant crops. The plants, in turn, can be supplied with a steady supply of water from the house with wastewater from the shower, bath, or sink. The system acts like a permaculture garden, which I wrote about in this column a few weeks ago – everything is recycled over and over, and nothing is wasted.

The effect of all this is a home that anyone can build themselves, using readily available materials, and that will stand up to time and the elements. Such homes can be fitted for electricity, heat and water pipes, of course, but since they are designed to get maximum light and heat from the sun and typically have rainwater collection, and recycle everything in the house, there is little need for bringing in energy or resources from the outside. If people around the world built using these principles, much of our annual expense on mortgages, heating and food would disappear, as would much of our society’s carbon emissions that are changing the climate.

The Earthship concept grew by word-of-mouth, and now there are Earthships – using very little energy and largely off-the-grid – in almost every state of the U.S. The technique is now expanding into Europe, although might need to be adapted somewhat to a climate like Ireland’s, though would probably need to be built level to the ground rather than under it in this damp country.

If you are considering building a home yourself, look into the Earthship design – check out Michael Reynolds’ books, Earthship I, II and III, or Google “Earthship,” and consider learning more about this ingenious method. You can also look at a short video about Reynolds at http://www.whatiswaste.com/earthships.

Posted by Brian Kaller at 22:31 No comments: 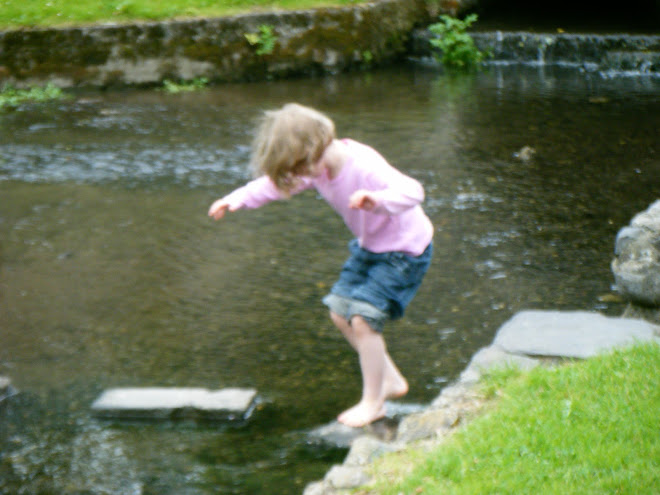 One recent night, my daughter proposed that we -- I am not making this up -- pretend to be continental landmasses and call each other on the phone.

"Hello, Africa? Are you there?" she said into her pinky finger. Yes, who is this? I said.

"This is India -- how are you doing today, Africa?" she said. I'm fine, I said -- a little ticklish from the elephants and zebras walking on me.

"I have hot weather today, and I have elephants too, and women who wear bindis!" she said. And so on.

She is just nine different kinds of awesome.

My daughter is into quizzes now, so when we play together, she asks me to be the quizmaster and she and her stuffed animals are the contestants. Things my five-year-old knows:

Comfrey is good for a headache.

Gorillas are smart and gentle but can’t talk.

You can make cloth out of nettles.

The red bricks in the fields are peat, which you burn to keep warm, and which were plants back when there were elephants here.

Red flowers are usually pollinated by birds, because birds like red, and they usually don’t have a smell, because most birds can’t smell much.

Sometimes she went into more detail – answering a question that bees help flowers have babies, she said, “We need to make sure bees are okay, because if they get sick there will be no one to take care of the flowers, and if the flowers goed away, all the girls in the world will be sad because no one will give them flowers anymore.”
__________________________________

As I kissed her goodnight, she asked, “Papa, how do you make electricity?”

Usually by turning magnets really fast, I said. It’s electricity that pulls magnets together or pushes them apart.

“Could we try it tomorrow?”

I don’t know if your hippo magnet on the fridge is enough, I said – you would need big ones like on a windmill.

“Can we make electricity with a windmill?” she said.

When you are a little older, I said, I expect that you and I will make ourselves a windmill together.

Posted by Brian Kaller at 23:09 No comments:

It's been too long since I've posted a new video, and it's time I started up again. This is part of my interview with my neighbour Jack, who is older than the Republic of Ireland.

Posted by Brian Kaller at 21:33 No comments:

My daughter is a teenager now, but every Wednesday I'll be rerunning some of her greatest hits. I wish she could sleep this easily now. 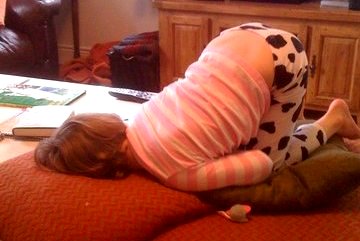 My four-year-old often has trouble getting to sleep these days, and pads downstairs once or twice before finally succumbing. I told her about the Sleep Fairy, who sprinkles fairy dust on children's eyelids and makes them heavy.

This only carries so much weight, though -- the other night she came down annoyed, and slowly announced, "The Sleep Fairy has disappointed me."

Tonight my daughter asked me to play for a while before I put her to bed, and she made up stories for us to act out. She had me play the part of the man who hated frogs, and shooed Mr. Frog away.

Then, she said, mosquitoes started to fly around and pester the man, who ran around trying to brush them all away. Then he remembered that frogs eat mosquitoes, apologized to Mr. Frog and invited him back.

The man was not bothered by mosquitoes anymore, and was never mean to Frog again, because he realized that we need frogs.

I wish more people understood what my four-year-old understands.

Knows which side her bread is buttered on

The other day my four-year-old asked me if she could have blueberry muffins tomorrow. Quickly passing the buck, I told her that her babysitter would be minding her, and it was between her and the babysitter.

"Yaaay!" she shouted. "I get blueberry muffins tomorrow!"

Posted by Brian Kaller at 20:13 No comments: