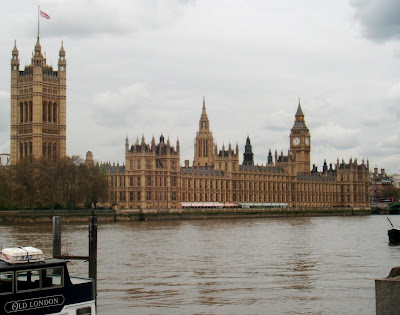 Well, I’m back from London Book Fair -- I was supposed to go last year but, as some of you might remember, the eruption of an Icelandic volcano cancelled all air travel here for a while. This year my day job sent me there on business, and when my colleagues went home I stayed for a holiday.

The first night after the Fair, I headed for Picadilly Circus for a performance of Lillian Hellman’s 1934 play “The Children’s Hour.” I was also fortunate to find a hostel in the middle of Picadilly, only a few blocks from the theatre. I love hostels, excellent Spartan accommodations for tightwads in an expensive city.

I wanted to see this particular play; 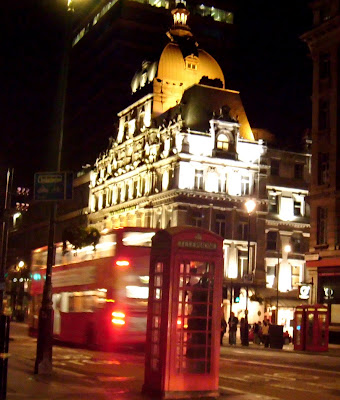 to my knowledge, this was the first time it has been performed since I’ve been alive. I’ve never had a chance to see the 1936 version with Miriam Hopkins, Joel McRae and Merle Oberon, but I did love the 1962 version with Shirley MacLaine, James Garner and Audrey Hepburn. This production carried a surprisingly prominent cast of Ellen Burstyn, Kiera Knightley, Elizabeth Moss and Carol Kane, all famous television and film actresses who proved their stage presence here.

The next day I took London’s open-top bus tour, drank coffee and oxtail-flavoured crisps on the banks of the Thames, and visited the Garden Museum – a small but beautiful volunteer exhibit across the Thames from Big Ben. They have a collection of gardening instruments from centuries past, finely-crafted instruments whose names most people would once have recognized – dibblers, spudders and netting shuttles. 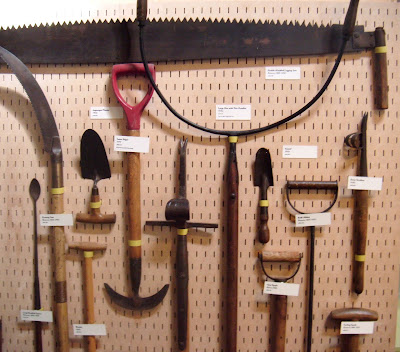 I recommend the Imperial War Museum to London visitors as well, particularly for its focus not just on the guns and machines, but on neighbourhoods and families. In its depths English rooms from the 1940s are recreated – books, music, utensils – just as it would have been in the Blitz. In the middle of the living room was one of the cages families would hide inside, and along the wall are the stories of the children – native Londoners and refugees – who were evacuated and who stayed. I appreciate learning about war through the eyes of most people who see it, rather than through political speeches or generals’ memoirs.

I was not able to see the one museum I most wanted to, however -- the Natural History Museum. Hopefully I can return soon and see it properly, with The Girl.

I cannot highly enough recommend London’s transportation system; between the Underground, the buses and the very walkable streets, you can go anywhere quickly and easily. Locals complain about the Tube and 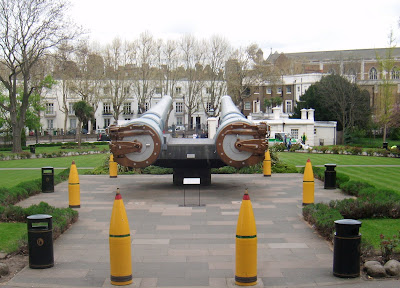 the crowds, but I would rather have a system with a rush-hour crush than none at all. I was left wondering how, and how long, such a system can be maintained.

Photo 1: Big Ben across the Thames.
Photo 2: The West End at night.
Photo 3: Garden implements from decades past.
Photo 4: The artillery guns outside the Imperial War Museum.
Posted by Brian Kaller at 23:14 No comments: 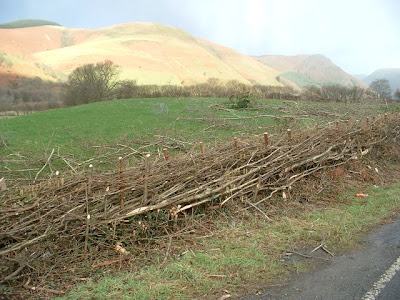 By hedgerows, I don’t mean the decorative evergreen sculptures I see in front of banks and businesses, often a monoculture of invasive species. Hedgerows here are lines of densel 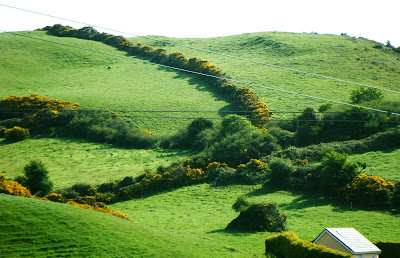 y-planted trees – fast-growing breeds like willow, elder, hazel, birch, chestnut, pine, hawthorn, blackthorn and rowan. Their branches intertwine so thickly that they weave like threads in rope – I recently tried to cut a tree down here recently and even when the base was cut through, the trunk continued to hang in the air, supported by the branches around it. Blackberry brambles and ivy help fill the spaces above, and useful weeds below.

Hedgerows offer fields a needed balance, a wild river through human land that can soak up our excesses and give us a reservoir of food an 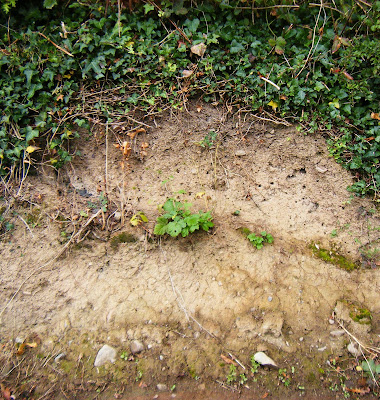 d fuel for lean times. They give your garden a third dimension, a vertical salad bar that middle-aged and elderly can reach with a minimum of back pain.

Unlike field crops, it provides for much of the year; right now they have hawthorn shoots and dandelions for salads and nettle and bramble shoots for tea. Next month we will get linden leaves and daisies, rose hips and elderflowers later still, sloes and blackberries in the autumn.

The principle of a hedgerow is simple, but hedge-laying was an art form in traditional Ireland and England. Every year farmers would take a few days out to maintain their hundreds of metres of hedge, re-weaving or pruning the new growth, and each area had its own style and tricks. Ireland has hedge-laying associations, contests, awards and fans, and farmers take pride in maintaining the same hedges that have existed for decades or centuries. 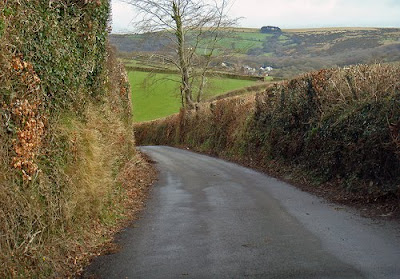 Vertical gardening, though, could be done with many of our human-made structures. Your house or apartment building has sides, as do your sheds, shops, schools, churches and highway overpasses. Not far away you likely have telephone poles, fences, walls, signs, gates and, of course, trees, any of which might be covered in productive garden plants. Such a project could transform ugly and dilapidated sprawl, insulate buildings, soak up rain and protect walls from the elements. If I could recommend one single thing that suburbanites could do to make their lives better, it would be to cover every vertical surface with the means of production.

If you want to give this a go, first pay attention to what kind of climber you have. Ivy sinks its roots into bark or masonry, and should probably have a trellis if you are putting it on the side of your house. Roses and other scramblers, which have hooks or thorns that latch onto other plants and allow them to pull themselves upwards, would also require support. Twiners like wisterias twis 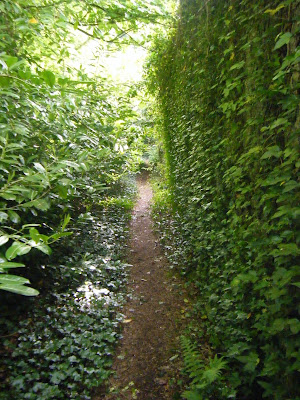 t their tendrils around trees and other structures, while beans whip their shoots around looking for something to latch onto.

Keep in mind how much sun or shade the plants need, and how much they are likely to get where you’re planting them. Finally, make sure they have enough water – the ground along a wall often stays dry in the rain – and that toxic paint is not flaking off if you’ll be eating it.

If you have an apartment, you could use a balcony or install a window box, and train plants to grow out around your window or grow downwards using hanging plants like nasturtiums.

Top photo: Low hedge in Cwm Llinau, Wales. It seems like British hedges are often lower and tightly-knit, like a wall of basketry, while Irish hedges are more strips of dense forest.
Second photo: Gorse hedges divide the hilly country of County Clare, near Bealkelly.
Third photo: A metre of exposed bank where my daughter rides horses shows how much earth is retained by hedgerow roots.
Fourth photo: Hedgerows often line the roads here, giving the constant impression of driving through a trench. Driving across Ireland you see less of it than you imagine. Courtesy of Msmail on Flickr.com.
Bottom photo: My daughter's favourite path through the forest.
Posted by Brian Kaller at 22:20 7 comments: