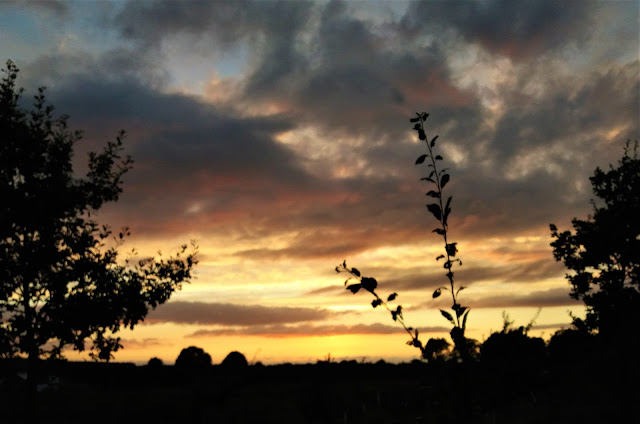 If you had to pick one feeling that defines our modern world, what would it be? Most people I know are feeling angrier than they used to, with politics in many countries growing more polarised and less civil. Most people seem more fearful than they used to be, despite the fact that they are much safer than most of their ancestors. Yet the emotion that seems most widespread today, that seems to come attached to modern life, is helplessness.

You see, almost everyone I know thinks our modern world is in serious trouble. They know that pollution is increasing, that the climate is slowly changing, that the rich are getting richer and the poor poorer. Yet most people I know have no idea what to do about these problems, other than occasionally voting for someone who seems like the least awful candidate. Many people I know try to do small things -- recycling, giving to charity -- but they feel like droplets in an ocean. They feel overwhelmed by the magnitude of the problems we face, and would love to do their part to improve our situation, but have no idea where to start.

Earlier this month, I gathered at the village of Cloughjordan, County Tipperary to learn how to do just that. There the organisation Cultivate held an intensive course in permaculture, drawing more than two dozen people from eight countries. Permaculture, strictly speaking, is a system of designing gardens, buildings and landscapes to re-use as much energy as possible and waste as little as possible. The courses, though, encompassed far more than gardens or architecture; they talked about how to local economies; to rebuild communities; to bury carbon to reverse climate change; to make food at home using everything from the garden; to skilfully transform waste into soil; and designing landscapes to work with Nature rather than against it. In short, it was a course in How Ordinary People Can Save the World.

Cloughjordan made a perfect venue for such an event, as it contains a community of houses designed and built to be sustainable. Many use cob walls, straw-bale walls, steel roofs and other building methods that make the most of natural materials, generate little waste, re-use as much energy as possible, and will last far longer than most of today’s houses. Many of the buildings use solar panels or passive solar design to catch the sun, or have green roofs covered with moss or grass, giving their homes greenery and insulation.

On the surrounding lands the members planted 17,000 apple trees of hundreds of varieties, allowing people to walk around their neighbourhood and harvest an abundance of food. Nearby fields produce food for the village, beehives pollinate the area and provide honey, and vegetables are grown in nearby fields. The “eco-village” has its own bakery, whose owner delivers bread daily to subscribers, and its members have formed other enterprises as well.

All these enterprises make the village far more ecological, less wasteful, and more resilient in the face of crisis, than most of our communities today. It’s still a work in progress, as is the permaculture philosophy -- but as Davie Phillip of Cultivate put it, permaculture is an evolving, open-source toolkit, a body of knowledge that people around the world are constantly adding to.

One word most often used to describe such places is “sustainable,” but as guest speaker Albert Bates put it, sustainability is a low goal, as it implies just treading water. The goal of the organisation is not to sustain the world at its present levels of consumption and waste, but to reverse the trends of the last century or two, to return to a world that runs on low levels of energy while giving up the benefits of modern life.

Most of our human civilisation right now is based on huge constant inputs of new energy, which we get from fossil fuels. Burning them is disrupting our normal weather patterns - all to make products that we often don’t need, that don’t usually make us happy, and that are quickly thrown away. The Cultivate course brought together some of the world’s best minds to propose a new way forward for our civilisation.

Those seem like ambitious goals for people with modest means, but the people who gathered there are like seeds -- we left the course armed with the knowledge and training to improve our small corner of the world, connected to a global network of others doing the same. Movements like this are the cure for feeling helpless.

Over the next few weeks I’ll be writing more about the course, but first, a request for help. After the course had ended the village suffered a fire, and their barn burned down. No one was hurt, but they are asking for help in rebuilding. Anyone wanting to help this worthy cause can make a donation at: https://gogetfunding.com/cloughjordanfarm/

Photo: Sunset over the Cloughjordan orchards
Posted by Brian Kaller at 23:13 4 comments:


I’m taking advantage of the summer months, and riding my bicycle to the village and back to take the bus to work. My job is an hour and a half away by bus, but I can use that time to read and get writing or studying done, and this time of year I hardly ever need a car. The problem in the winter is not the cold, but the darkness; for months it will be dark when I leave for work and dark when I come home, and there are no streetlights out here -- just total darkness and a very bumpy road.

I was riding home the other night when I stopped and talked with my neighbour Seamus, who is 86 and still grows most of his own food in the nearby field. He asked about our potatoes, and I told him they had fallen victim to bindweed.

“Bindweed …” he said, his face serious. “That’s tough to get rid of; the roots go deep through the soil, and they climb and choke everything, sure they do.”

Any idea how to get rid of it? I asked.

“You have to cover the ground for at least a year,” he said, “but three years would be best.”

That’s not great news for our potato aspirations, I told him.

“There is one way,” he said, pulling his chin as though summoning old knowledge. “A way we used to do it around here. You get mare’s tails -- the weed, that grows all along the banks of the canal here. You know mare’s tails?”

Sure, back home we called them horsetails, I said. They’re an old plant -- they used to grow tall as trees, a few hundred million years ago.

“They’re also quite poisonous,” he said. That made sense to me, as many plants that had survived so long had developed a cocktail of toxins to dissuade browsing animals; the fern is almost as old as the horsetail, and ferns like bracken are powerfully toxic.

“You boil some water, and put in the horsetails to make a tea -- don’t drink it, now -- and you spray that on your bindweed, sure you do. And that kills most things -- but don’t spray it on anything you plan to eat later.”

Good tip -- I’ll try that, I said. I later found that remedy was used by permaculturists as an all-natural pesticide. Almost every time I see some of my older neighbours, I have conversations like this. They can be about gardening or local history, animals or machines, but I always learn something.

I spent last night in a village in the west of Ireland, and went to the local pub, where conversation flowed easily between the regulars; sometimes it was difficult to decipher the language, not just because of the accents, but because they spoke in the shorthand of long-time neighbours. All the same, I heard several different accents; most people had grown up in the village, but others had moved in long ago from England or North America, or other parts of Ireland with different accents. Talk drifted between hurling -- Ireland’s most beloved sport, unique to this country -- and fireworks, varieties of potatoes and duck eggs, the post and the weather.

Eventually, some of the regulars asked for “45,” and the publican brought out a deck of cards. As a group of locals gathered around the bar counter, he shuffled and dealt them each a hand. As they played -- “forty-five” is the name of the game -- I got a sense of the rules; it was a quick, lively game, with patrons slapping down their cards quickly in succession, one after the other.

You don’t see many people playing cards anymore, I said.

“You will in this pub,” one told me. “You go to other places, and everyone’s just looking down at their phone. Cards is time with your mates.”

I keep in touch with family back in Missouri, including my dad -- who not only takes care of my mom (a stroke victim) and my nephew (severely handicapped), but just about everyone else in the neighbourhood.

After the temperature hit 45 C in St. Louis recently, the power went out for 50,000 people -- something that’s happening more and more these days. Ordinarily my dad would rely on his generator, but it chose that moment to blow.

As soon as word went out among the neighbourhood that my dad was having trouble, as he put it, “it began to rain neighbors.” He had helped them time and time again, and now they came by with generators, a battery-powered fan, extension cords, coffee, vegetables and gasoline. He compared it to the end of It’s a Wonderful Life.

When people talk about society breaking down -- shortages, outages, government and civil crises, fossil fuels running low and weather going to extremes -- most people assume it will bring out the worst in people. Where I come from, people have seen some of that already, and it often brings out the best in us.
Posted by Brian Kaller at 10:51 2 comments: