The wisdom of sheep 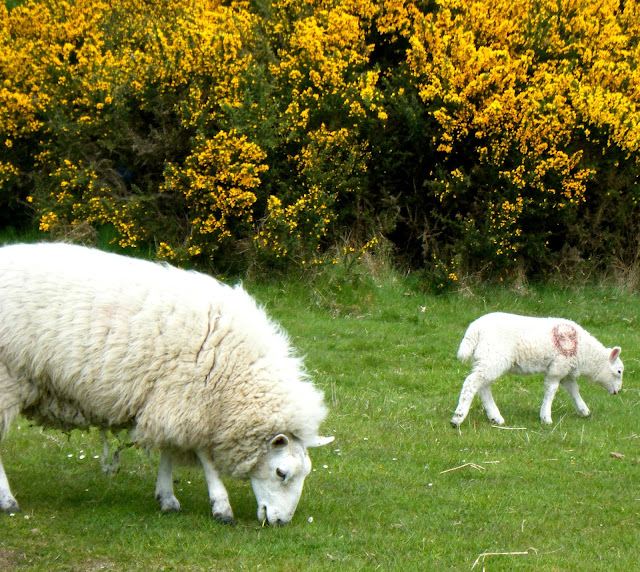 "I realised these animals were not unreasoning, brute beasts, but had a reasoning power of their own, and whatever they did was done for a reason, a reason they knew even if we didn't."

"The old Donegal hill farmers tell beautiful stories that illustrate the intelligence, the 'cuteness' as they put it, of sheep, and if you listen to these stories carefully enough you begin to understand the intelligence of sheep and the way their minds work.

I remember Jimmy Burke told me about an old ewe he had ("yo") who would spend the night at the top of the hill and come down at the break of day, and she wanted to get into his cornfield, which he had fenced off. To teach his corn she had to swim around the fence, and she would actually go into the river and swim around the fence and eat some of the corn, and when she had had enough she would swim back, upstream, before he got out of bed.

I learned that the older sheep are smarter than the younger ones -- they definitely learn -- and that they know the hours I keep. If they have any thieving to do they know when to do it."

-- excerpts from a 1978 national radio interview of Robert Bernen, classical scholar turned sheep farmer. Photo: Taken on the Curragh, the plains near our house used for communal grazing since Roman times.
Posted by Brian Kaller at 19:36