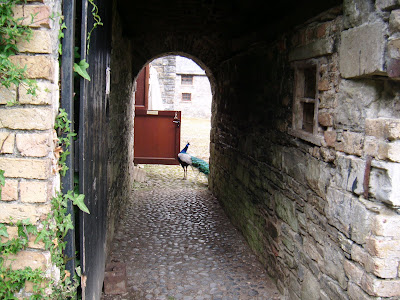 Peacock included.
Posted by Brian Kaller at 19:39 No comments: 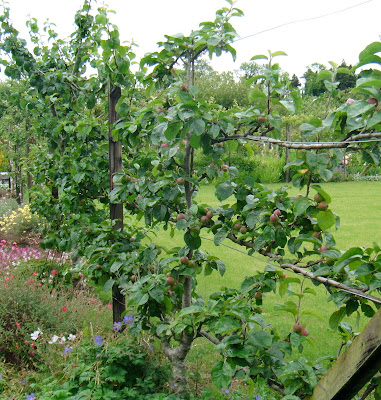 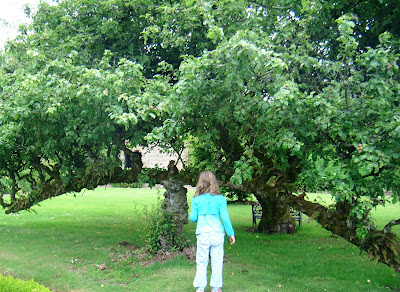 Espalier trees can be grafted like other fruit, so that a 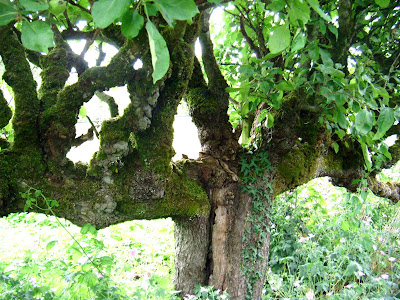 single tree could grow multiple varieties on its branches. I know of no upper limit to how far an espalier can be stretched, nor of how many grafts a single tree can take; the BBC reports that gardener Paul Barnett in West Sussex, UK grows 250 varieties of apple on a single – admittedly non-espalier -- tree. 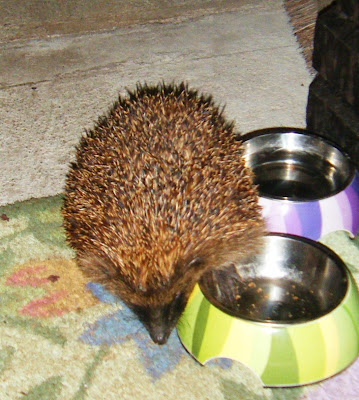 The best-laid plans. Sorry. Enjoy this photo of our in-house pest control division.
Posted by Brian Kaller at 07:22 2 comments: