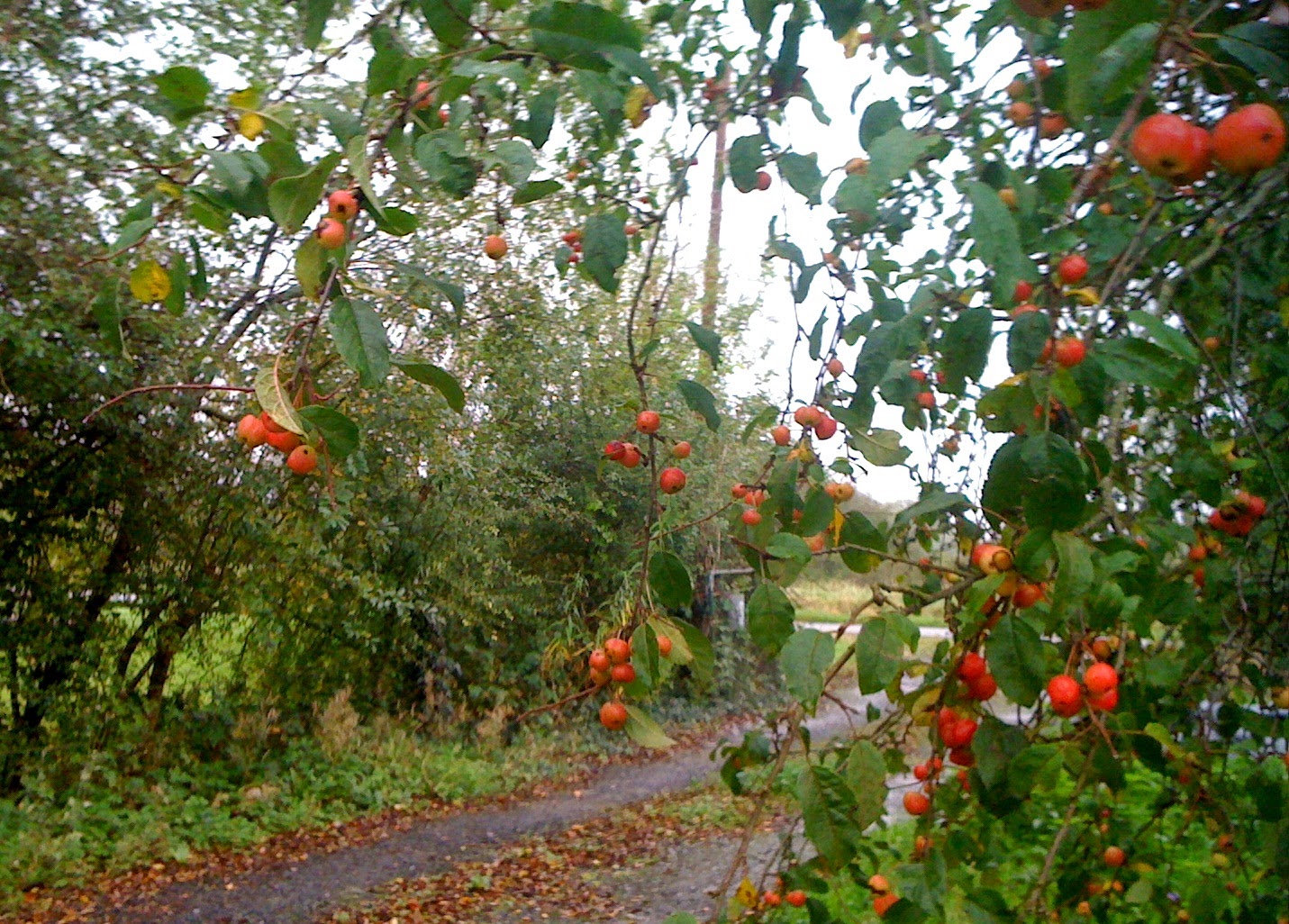 
Most of us would like to grow some of our own food, for several reasons. For one thing, we wouldn’t waste our precious fuel supplies bringing apples in from New Zealand. We’d be able to select crops and breeds suitable for our climate, rather than have every apple in stores from California to London be the same few breeds chosen for long shelf life. Finally, we’d have the best-tasting and healthiest kind of food, food that doesn’t know it’s dead yet.

Most of us, however, have only limited space. Many of us live in estates or other such houses with small gardens, surrounded by walls or fences that limit light and warmth. Our towns are a maze of similar walls – the sides of houses and sheds, stone garden walls, wooden fences and other such boundaries, and we each live on a small plot in the middle of the maze. What could allow many of us to grow more food, however, is to think of the third dimension when planning our garden, and to emphasize crops that climb up.

Beans and peas might make a good start – they grow easily in many temperate regions, make beautiful flowers, add nitrogen to the soil, and offer a high-protein, easily stored crop. Tomatoes and cucumbers climb up sticks, although they like some warmth, and depending on your situation might need a poly-tunnel, or might do fine with just a south-facing wall. 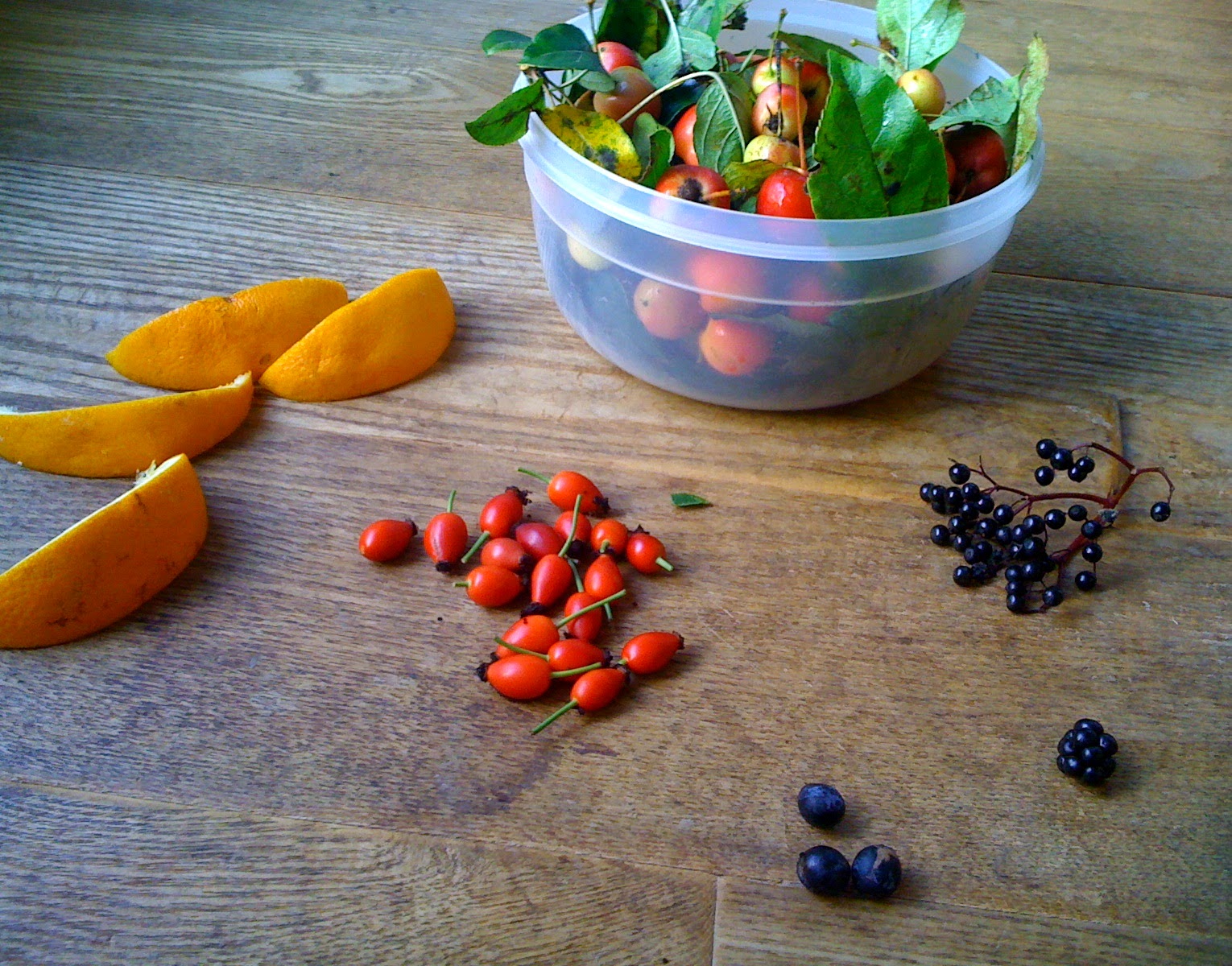 Japanese wine-berry has both looks and edible berries, as do grapes – if you can grow them here – and kiwis. Roses other thorny plants not only provide shoots, flowers and fruits, but a natural security fence against human or animal intruders.

If you want to give this a go, first pay attention to what kind of climber you have. Some, like ivy, sink their roots into bark or masonry, and should probably have a trellis if you are putting it on the side of your house. Roses and other scramblers, which have hooks or thorns that latch onto other plants and allow them to pull themselves upwards, would also require support. Twiners like wisterias twist their tendrils around trees and other structures, while beans whip their shoots around looking for something to latch onto.

The hedgerows that line the countryside are a good example; they might serve first as boundary lines between fields, but they can be as productive as the fields themselves – and in all seasons, not just at harvest time. Hawthorn shoots and dandelions for salads and nettle and bramble shoots for tea in springtime, then linden leaves, then elderflowers, then rose hips and blackberries, with sloes going into winter.

Such hedges of climbing plants add variety to fields that would otherwise go sterile. Each plant adds its own chemicals and removes its own nutrients from the soil, so fields of monoculture need to be continually fertilised. Single crops provide our bodies, too, with a single set of nutrients, and only at certain times of year. They also encourage a glut of certain animals, like pests that eat our crops, and offer no homes to the birds and insectivores who would eat the pests.

Boundaries like hedges offer fields a needed balance, a wild river through human land that can soak up our excesses and give us a reservoir of food and fuel for lean times.

My problem is the lack of walls - in particular the lack of walls to discourage deer from eating everything in my garden. I'll put in some inexpensive deer fence before spring, but that's not a permanent solution, so I'm trying to figure out how to create a productive hedge that could discourage the deer - I'm thinking a combination of quince and blackberries might work.

I've never been to your neck of the woods, but have you looked into hawthorn and blackthorn? They have the suffix for a reason, as their thorns get pretty impenetrable. They also yield tremendous quantities of fruit, and the birds that love them give you fertiiser.

Thanks for the suggestion! I'll give it some thought. Meanwhile, I've taken a more direct route against my current late-summer pest. We're going to try pan frying some grasshoppers.