The problem with herbal remedies - part 1 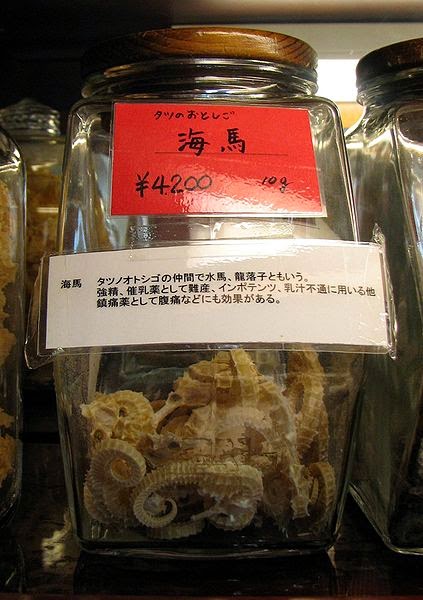 A few decades ago “alternative” medicines mainly came from fringe outlets that catered to the then-marginal counterculture. Today every health food store, pharmacist and supermarket sells a range of “natural” pills, juices, salves, teas and powders that promise to cure your cold, detoxify your body, sleep soundly, stave off illness, brighten your mood, remember your anniversary and return to the size you were when you were a teenager. In short, our poor health, dissatisfaction and desire to return to nature has created whole new fields of enthusiastic capitalism.
It’s not difficult to see the reason; we’re getting sicker across the industrialised world, as illnesses like heart disease, cancer, strokes and diabetes have created ever-greater medical costs. Many things cause this: We live sedentary lives, eat too much unhealthy food, work longer and more stressful hours. People also live longer, so they spend more time in an age when people get sick a lot. Even those Westerners who can afford treatment don’t always get it; the number of parents who refuse to give their children vaccinations, for example, increased by 77 per cent from 2003 to 2008.

Part of this might be because modern medicine has done its job so well, wiping out almost all major diseases in a mere century; if you’ve never heard of anyone getting polio, tuberculosis or measles, you might not be motivated to protect yourself against them. We have quickly forgotten what it was like many generations ago, when most children did not survive into adulthood and everyone knew someone who died or were crippled by these diseases. Part of it, however, might stem from an increasing scepticism of a medical establishment that seems so distant and costs so much, the same sentiment that makes pharmaceutical companies a reliable villain in Hollywood movies.

Unsurprisingly, then, more people spend money on herbal remedies – and at first, that might seem a sensible alternative. After all, you might think, if we value a more traditional way of life, shouldn’t we be exploring more traditional cures, and rediscover how to heal ourselves with a field of wildflowers?

Let’s get a few things straight. Firstly, words like “alternative” or “natural” cover a lot of ground, and will encompass methods that work and those that don’t. All foods affect the body – they’re food, after all – and some have long-noticed effects beyond mere nutrition; dandelions, for example, are famous diuretics. Almost all humans in history knew a great deal about the plants all around them from the time they were children, and knew them as intimately as we do the sexual lives of celebrities. As much local knowledge as those practitioners of herbal medicine had, their patients still died, often at young ages, until science brought microscopes, sterilisation, clean water, trial and error and peer review into the medical world in the 19th century.

Secondly, most herbal medicines that actually work were isolated chemically long ago and sold in pure form – aspirin, for example, from willow bark. We still use them, but have stopped calling them herbal medicine; we call them medicine. In order to become medicine, however, they had to stand up to scientific tests, and that’s where most alternative therapies fall apart. If we are less likely to be able to afford conventional medicine in the future, we might want to know what plants work as a backup; for example, to boil willow bark to make a headache cure. This should be backup knowledge for an emergency, though, for sterilised and standardised amounts are surely preferable to unknown combinations and qualities.

Thirdly, companies have an interest in patenting and selling cures that work, and pharmaceutical companies must follow public law to prove their products work. If such companies could spare themselves the trouble of manufacturing antidepressants and just patent an herb instead, they would save themselves money. The herbal cures that work were patented long ago; if an herbal cure has never been patented to make a profit, it probably doesn’t work.

Tomorrow we’ll look at an even more important reason not to rely on herbal cures – most of them are not, in fact, the substance labelled on the package.

Photo: A jar of dried sea horse.
Posted by Brian Kaller at 12:39