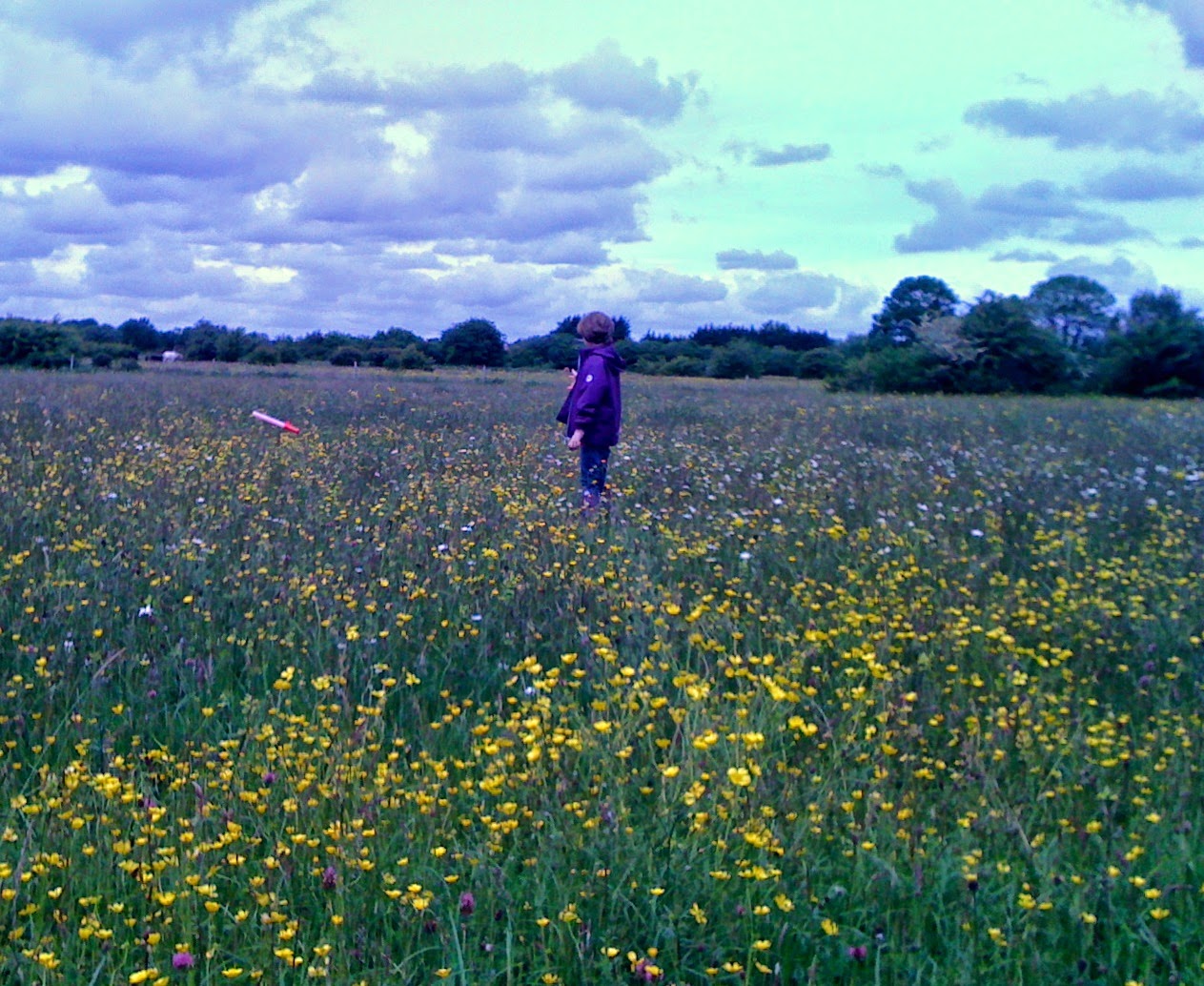 To be published next week in the Kildare Nationalist.

When I and several others were helping build the cob house in County Clare a few years ago, some of us took a break for tea. As we walked back to the shelter across the wildflower fields, though, some of the other workers started picking various flowers along the way and piling them into baskets.  The containers were full by the time they arrived at the kettle, and the workers quickly rinsed the plants, dropped them into a pitcher and poured boiling water over them, and in a few minutes had instant herbal tea.

You can do this yourself at home with any number of local plants, but some are particularly well-suited and easy to identify:

• Mint grows wild in forests and hedgerows, and is one of the easiest crops for amateurs – as the saying goes, you drop the seeds in soil and jump back. Its cooling tea is much used in warmer climates like Morocco, helping people without air conditioning stay as cool as possible.
• Clover: The white and purple flowers are ubiquitous across the summer fields of Europe and America, and the flowers and leaves can be gathered for a delicious tea.
• Dandelion makes a good, nutritious tea without the bitter flavor of dandelion leaves. It also acts as a diuretic, as you can tell from “piss-a-bed” and other folk names for the herb.
• Bramble: Our hedgerows and fences are covered in thorny brambles, and not only do they offer natural barbed-wire security all year long and blackberries in autumn, but the spring shoots make a blackberry-scented tea loaded with vitamin C.
• Nettles: I have several plastic bins filled with nettle tea, which I make by picking nettle shoots and drying them – you can do it the old-fashioned way, over a stove or fire, or the modern lazy way with a microwave.
• Chamomile flowers create a famously relaxing tea, as does valerian. • Fennel, dill and anise – all liquorice-flavoured plants – make teas that help upset stomachs.
• Sage, oregano, thyme and many other herbs can all be made into strongly-flavoured teas, and we have used them a great deal lately for colds and coughs.
• Linden or lime leaves make great tea in spring, when they are shoots.

You don’t need to make just one kind of tea – take a variety of herbs and mix them together, perhaps with a bit of honey or fruit juice. Remember that you generally need a lot of leaves to give boiling water taste and colour – black tea comes from a particularly strong-tasting plant, further strengthened by being smoked, dried and powdered. With living leaves fresh off the vine or stalk, pack them into a jar or container almost to the rim before pouring boiling water over them.

Do be careful never to take plants from a field unless you know that it has never been sprayed with any pesticides. Most of these, of course, make a slightly green tea that tastes very different than black tea, and would not take milk. One exception is rooibos or redbush, which tastes and looks very like black tea, takes milk and is naturally caffeine-free. It’s available in most stores in tea bags, so try it if you feel like tea in the evenings.

You can make your own tea blends out of conventional black tea, of course. Earl Grey, for example, is black tea with a bit of bergamot oil. If you feel experimentitive, add different kinds of juice or plants to regular tea and see what you like. Whatever you make, it will probably be nearly free and better for you than soda or any of the varieties of fake juice on the market.

Photo: The Girl flying a kite in a field of tea.
Posted by Brian Kaller at 22:33

I'm a herbal tea drinker and one of my favourited concoctions is nettled, chamomile, red clover and a pinch of oat straw. Both the oat straw and nettle are nutritional powerhouses, the red clover is a hormone stabiliser and chamomile is calming. It also tastes great.
My German MIL likes chamomile and peppermint, calming for mind and stomach. It's an odd combination but a tasty one.