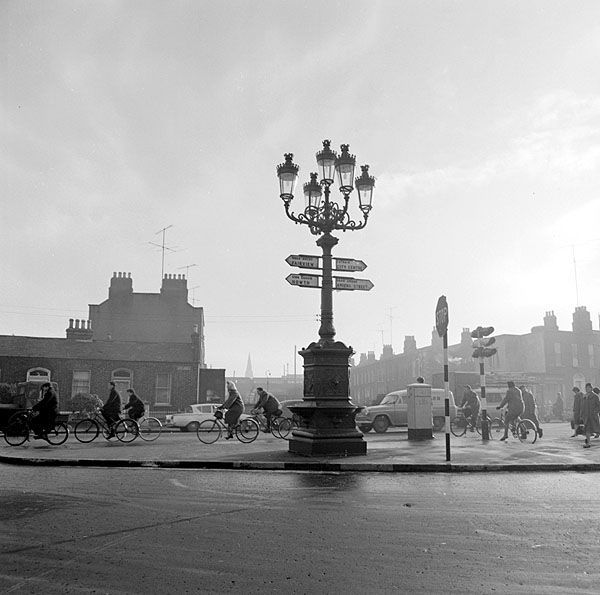 In perhaps one of the great ironies of human civilisation, mechanical devices to truly magnify human power came along as soon as we didn’t need them. Pedal-powered devices like bicycles only appeared after coal had already begun to transform the landscape, however – mass production was necessary for the standardised metal parts -- and around the same time that gasoline was first being introduced as a fuel for automobiles.

Today, we have built a world that runs on fossil fuels – mostly oil, and global oil production seems to have hit a limit in 2005 and has been stuck there ever since. We have an economy that depends on continual growth, and when the oil supply could not grow anymore the global economy began to fail – not the only reason for the crash, but a major one. Many geologists have predicted that the supply will begin to decline soon, which will cause more disruption over the coming decades.

Right now we are seeing fuel and electricity prices continue to increase, and eventually many of us will not be able to depend on familiar machines like cars and electronics - - either because we won’t be able to afford them, or to afford continually fixing them, or because fuel prices will be out of reach. One way or another, we will have to go back to muscle power, and the best way to do that is to revive the lost technologies of pedal-powered tools. Most of these devices exist today only as a few rare museum specimens, but we could build more. The irony, though, is that we need to build them while we still have fossil fuels.

Perhaps more people around here will take to bicycles again, as I will now that there is enough light to get to the bus and back. Older people here remember when the bicycle was the most popular method for getting from one village to another, and the roads were safer then with so few cars. I expect the schoolchildren of today will see those days again.

Photo: Bicyclists in Dublin in the 1960s, courtesy of Irishhistorylinks.com
Posted by Brian Kaller at 21:21

For as long as I can remember bicycles in the US have been either for kids or for exercise (or for "hippies"). But lately I've been seeing a few adult men riding them for transport. It's pretty clear that it has to do with chronic unemployment - that there are now able-bodied men who haven't been able to maintain ownership of a car. Just another niggling symptom of the end of growth.

Even if the change is caused by hardship, I'm heartened to see it; I anticipate poverty and stress will reduce some people's health, but I'm wondering if things like more bicycle riding will make up the gap.