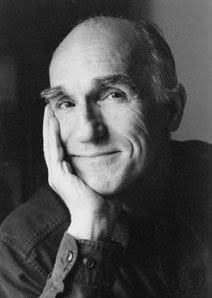 Scott Russell Sanders has written books for almost every corner of the library, including children’s books (Warm as Wool), science fiction (Terrarium), fantasy (Bad Man Ballad) and historical fiction (A Place Called Freedom). But he is perhaps most renowned for his personal essays about the natural world, which have appeared in publications like The Sun, Orion and the Utne Reader.

In an ironic, fast-paced culture, Sanders is the opposite of hip. His thoughtful essays celebrate the joys of not going anywhere, of getting to know the nearby creek or the old lady across the street, of family and community. Gently radical, deeply spiritual and passionately conservationist, Sanders harkens back to the American traditions of Henry David Thoreau and Aldo Leopold.

KALLER: You write intimately about places—this valley, this brook, this land—and celebrate the virtues of “staying put” in your community. Why do you think people lost that familiarity with a place, and what did we lose?


SANDERS: Many of us have been uprooted from places by our obsession with mobility. Since the era of frontier settlement, Americans have been stirred into constant motion—changing addresses, changing fashions, changing jobs, changing mates—as though to sit still were a kind of death. Of course, some moves are made necessary by the need to find work, by marriage or romance, by the pursuit of education. But many moves are driven by boredom, a lack of imagination or a refusal of commitment.

Even those of us who do dwell over time in a given place are often cut off from our home ground by technology—year-round air conditioning that keeps the windows shut; electronic entertainments that keep us indoors; speed-of-light communications that lure us into living within disembodied networks.

KALLER: Your articles about the loss of community reminded me of a story I heard, about a small-town parade in which marchers started singing “Jingle Bells,” even though it wasn’t Christmas. When asked why, they said it was the only group song everyone knew — most rock songs don’t lend themselves to sing-a-longs.

SANDERS: We’re told that the songs and shows beamed at us over television, radio, and other electronic media represent “popular culture.” Actually, they represent corporate culture: entertainment manufactured by talented and cynical specialists with the express purpose of seizing our attention and selling that attention to advertisers. Truly popular culture, as the term implies, arises from the people themselves, expressing something of their lives, their needs, their joys and fears, and their home places.

“Folk” songs are created by the folk, by people who sing in an effort to record memorable events, deal with losses, celebrate community and tell stories. Folk culture survives because it speaks to people’s condition, because it is passed on from neighbor to neighbor, from parents to children. Corporate culture, by contrast, is like any other consumer item: ephemeral, disposable, forgettable.

KALLER: I want people to be excited about the natural world, but so much of the news is depressing these days. You wrote that your son once said the same thing to you, which led you to write the book “Hunting for Hope: A Father’s Journey.” What are some ways people can retain hope for the future?

SANDERS: When my son was seventeen, he and I had a fierce quarrel that culminated in his telling me he had grown up with an overwhelming sense of the world’s troubles but with little sense of how we might address those troubles. He had in mind not only the devastation of Earth’s natural systems but also the myriad sources of human suffering. He wasn’t asking me for simple solutions; he was asking me where I thought we might find the sources of healing and renewal. Along with many other conversations I’d had in recent years with my son and daughter and students, that quarrel inspired me to write “Hunting for Hope.” The only adequate answer I can give to your question is to point to that book.

Briefly, however, I can say that we can tap into many sources of hope—the human capacities for learning, skillful work, and compassion; our inheritance of wisdom from the world’s spiritual traditions; the power of community; the resilience and creative energy of nature itself; and, ultimately, the beauty and fecundity and elegance of the Way of things.

KALLER: You’ve described people who grow their own food, buy cheaply and live with nature as a kind of Noah’s Ark; that they are saving basic values and skills for when they will be needed again. Do you see a flood coming?

SANDERS: The flood is already here. I don’t mean merely the literal rising of sea level brought on by the melting of icecaps and glaciers. I mean the spread of exotic species, the expansion of deserts, the clear-cutting of forests, the paving of arable land, the build-up of manufactured poisons in air and soil and water, the extinction of species, and the many other assaults on the biosphere, all driven by the ever-expanding human population and our ever-increasing levels of consumption.

This wholesale disturbance of the planet’s natural systems is as threatening to the future of life as any mythical or literal flood. Indeed, around the globe, far more people die every day from the results of environmental degradation than from all wars, crimes, and terrorist acts combined. In the biblical story, Noah was instructed to build an ark in order to carry Earth’s species through the cataclysm—not just the species useful or attractive to human beings, but all species.

In our own time, any effort to preserve wild land, endangered species, knowledge, skills, values, or stories might be thought of as a kind of ark. An organic farm, a land trust, a book, a peace group, a group devoted to planting trees or restoring a prairie or cleaning up a river, the building of windmills or photoelectric cells, a co-op for sharing food or childcare or tools, a simple-living collective: any such effort is a vessel carrying something essential that we need now and that our descendants will need even more.

KALLER: Who are some writers who inspire you? Who are some little-known writers you would recommend to most readers?

Among the wonderful contemporary writers whom readers might not know, I’ll mention Kathleen Dean Moore, John Elder, Gary Nabhan, Janisse Ray, Chet Raymo and Ann Zwinger. You’ll notice that these are mostly writers of nonfiction, and nearly all of them are searching for ways to reconcile our way of life with the way of nature. They’re essentially moral writers, in that they are concerned with the questions: How should we live? What is a good life? What greater purpose might we serve? What are the enduring sources of meaning and joy?

Originally published in Pulse magazine in February 2005.
Posted by Brian Kaller at 22:02