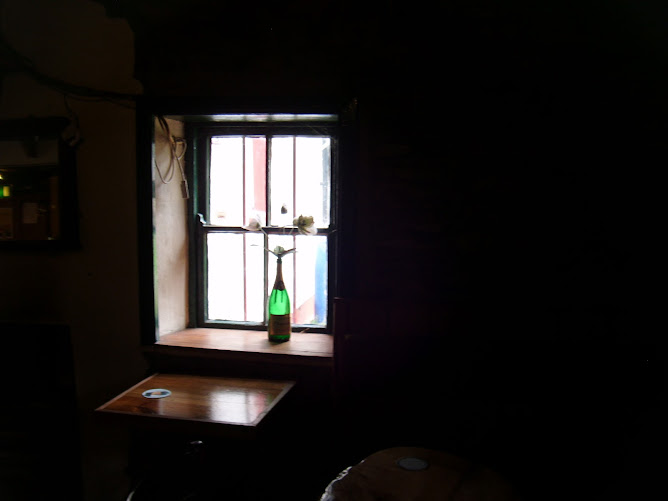 To a poor man, more is better, and all humans throughout history were poor compared to the wealth we enjoy. Now that we have lived in the fossil-fuel window for longer than anyone can remember, we live in comfort our ancestors could not have imagined, yet we keep pursuing more.

Our cars are huge, our debts are huge, and even some of us are huge, yet we still believe that more is better. The entire religion of economics is devoted to this belief – a rapidly escalating economy is “robust,” not “out of control,” and as it slows down it is said to be “ailing,” not “stabilizing.”

But beyond a certain point, more is more of too much – with eating, drinking, or just about anything. A growing body of data shows that once our basic needs are met, money no longer makes us happy. After that, everyone – whether they make 20,000 euros a year or 200,000 – seems to think that they would be happy if only they made perhaps ten percent more.

Author John Michael Greer uses the analogy of sandwiches; if you are starving, one sandwich is priceless to you. Two sandwiches are even better. A pile of a thousand sandwiches, or a million, becomes a liability; you have to put energy into selling or preserving them, or just getting rid of them. They become a net loss to you, as many of our possessions have become to us.

In fact, even as our houses swell and possessions multiply, people's happiness has been going down. Some sociologists have suggested that discontent is related to economic growth, as our new wealth is used to build homes further away from each other, buy more electronic devices that occupy our time but offer only short-term pleasure, and spend more time commuting and less time with loved ones. As author Bill McKibben puts it, “Do the experiment yourself. Would you rather have a new, bigger television, or a new friend?”

The globalised production of all this booming wealth has created some severe consequences for the globe. All those factories to make our stuff, all those cars on the motorway, all that food shipped from Australia – it all burns oil, pollutes the atmosphere and changes the weather. Most of all, it erodes the infrastructure to do otherwise – local farms, organizations, and jobs – and will make a restoration of a simpler world more difficult.

We can and should try to shift the economy into arenas that destroy less of the world, but we can also remember that there is a world outside the global economy. Before we were consumers, we were citizens, less part of an economy than a community.

How can rebuilding community help with economic or environmental issues? Well, 30 percent of our energy is spent on food, and local food uses 10 times less energy than food shipped around the planet. But sociologists who followed shoppers found that those in farmers markets had 10 times as many conversations as those in supermarkets. The actions that harm the natural world do not increase happiness, but the actions that restore the natural world also restore happiness.

Here's more good news: a study by psychology professor Elizabeth Dunn has found that people are not happier when they have more income, but when they give more away. Those who responded as happiest to survey questions turned out to also be the ones who gave most to charity.

Most interestingly, this runs counter to what we all have been taught; when Dunn asked the subjects of her experiment what made them happy, almost all said they'd be happier spending money on themselves. What they thought about themselves were wrong. We are better people than we realize we are.

None of this means that we should be poor – even if money doesn't make us happy, the lack of it can make us miserable. Most of these days have debts to pay off It does mean, though, that may of us are caught in a rat race that is not only making our own lives more miserable, but damaging the world we live in as well. And a simpler life is the solution not only to the world's problems, but to yours as well.