Conversations on the train at night

Written when my daughter and I visited the USA more than a decade ago. The years since then did indeed have a lot of unexpected problems -- I wonder how Allen is doing now, and if I gave him the right advice. I wonder if he was able to become a father. I hope so. 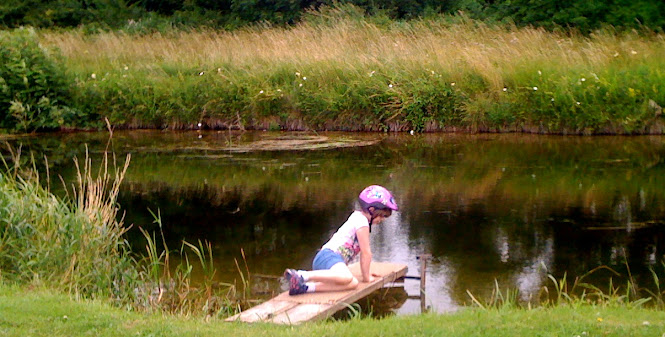 The Girl and I rode the night train across the middle of America. She dressed for a Missouri summer, but the train was kept frigid, so she wore two of my shirts over her sun dress. Drifting but not yet sleeping, she idly coloured the papers scattered on the seat trays, and the teenager across the aisle leaned over and spoke in low tones.

“Hey, you mind if I ask you a question?” His name was Allen, he had said earlier when we introduced ourselves.

“You seem like you have a really good relationship with your daughter ... like you guys do a lot together.”

Thank you very much, I said smiling. I’m lucky to be able to spend time with her.

“Well, I ask because my girlfriend and I are thinking about having a baby, and I want to get advice from about what we should do. We think sixteen is old enough to have a baby, and we really want one, but we want to do it right.”

Well ... first of all, I said, I think you’re doing exactly the right thing in asking people and not rushing into it. Right there, as a teenager, you’re showing better judgement than some people a lot older than you.

So I asked some questions. How long have you been together? Do you both work? What kind of family do you have around? Do you have any experience with children? What would you like to do eventually, and what does your girlfriend want?

He was very forthcoming – he and his girlfriend have been together a couple of years now, since they were fourteen. They both come from broken homes and have limited education, but they love each other, and they have relatives. He works hard, he said, and thinks he can support them.

You seem like you really want to do the right thing, I told him, so I’ll be honest with you – my advice would be to wait.

I gave him my reasons. Because if you don’t want to repeat the patterns of your parents, I said, you’re better off with more experience behind you. Because children of teenagers are more likely to have problems – not always, but more often. Because people should see some of the world while they can, and it’s harder with a child.

Because I expect the coming years to have a lot of unexpected problems, and if you lose your job, or one of you gets sick, it could make life harder for your child, and the world is already full of hungry children. You know how many people there are in the world now?

Not that many, I said – it’s seven billion – but a lot of them are already going hungry, and many of those are children.

“I know if we have a child, I will really do everything I can to take care of it,” he said.

You seem like you really want to, I said – but no matter how sure you feel inside, you need to be in a really secure situation. And waiting probably won’t do any harm.

He digested this solemnly. “So you think we would hurt our child by having it now?”

None of us can know what will happen either way, I said. I’m just saying it seems riskier now, and there would seem less risk in waiting. Whenever you have a baby, though, break your parents’ cycle, and be the best Dad you can.

We talked a lot more, and when we arrived at our stop and before I picked up a suitcase and sleeping Girl, we shook hands. “Thanks, mister,” he said.

Bless you, Allen. I’ll be thinking of you.