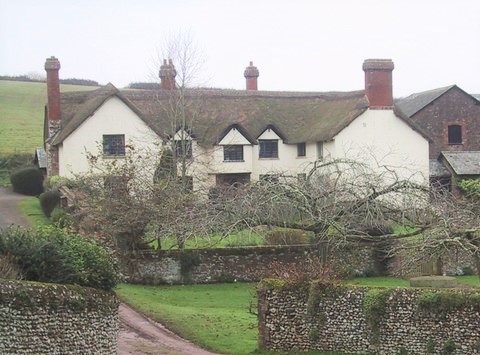 A few years ago, at Seed Savers in County Clare, I helped sculpt, pound and pat a house together.

Seed Savers, by the way, is an Irish group that cultivates heirloom varieties of vegetables, which is a lot more important and interesting than it sounds – if any disease or climate problem wipes out the few varieties we use for industrial agriculture, organizations like Seed Savers will be your Noah’s Ark for food. They also give courses in other crafts, though, and this time it was working in cob.

Cob is a mixture of sand, straw and clay – the subsoil under most topsoil will do fine. To make a cob mixture, you combine the elements in a certain ratio and mix them together wet, usually by treading on them with your feet. Then you pick up handfuls of the mixture – the word “cob” comes from an Old English word for “lump” – and stack them on top of each other in a row. Finally, you stand on the row and tread it in, and you get a wall.

The effect is one of sculpting your own building. The straw binds the clay and sand together; instead of a wall’s mass hanging on a few large structures like girders or beams, it hangs on the many tiny structures of the straw. Once the cob dries it can be almost as durable as stone. Bricks are basically cob that has been baked in an oven, and concrete uses a similar principle with gypsum powder, sand and gravel.

Cob’s main disadvantage is that it cannot get damp; for example, a cob wall needs a stone base, as high as the damp rises. In snowy country the stone base would have to be higher to protect against snowdrifts; in this area the problem is moisture. At a conference in Cork a few years ago I spoke with a man who built a cob house in the west of Ireland, and said he needed to put wood cladding on the walls to protect against the area’s driving rain.

Another problem is the lack of understanding from local officials, building inspectors and insurance companies -- it is for this reason, we didn't build in cob ourselves, as well as the fact that we are building in an Irish bog. Because of this, some people use cob to build an "undocumented" house. 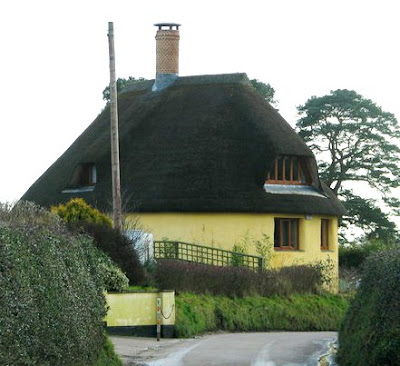 One advantage of building with cob is that its thick walls absorb heat in the daytime, releasing it slowly over the night; with southern windows to catch the sun, a cob house can have dramatically reduced heating bills. Still another advantage is that the home can be literally sculpted into a wide range of shapes, with curved walls, bas-relief designs or arched doorways.

Cob can last as long as it is kept dry; the home of Sir Walter Raleigh in England is still standing, as are many other medieval cob homes. It can be built high: seven-story cob towers in the Middle East are still used after hundreds of years.

With a little training, anyone can mix cob together from most local soils. After the walls are given a plaster finish, the house can look just like any other, but made at a fraction of the cost. It's completely ecological, requiring no chemicals or machines, and generating no toxic waste. Insects don’t eat it, it doesn’t decompose and it doesn’t burn. And, of course, it’s dirt cheap.

Irish/English cob seems to be first cousin to California adobe. There are still a few structures around from the late 18th early 19th centuries.

I believe they are similar. Am I right in thinking that adobe was packed into block shapes first, and then stacked into a wall?