Getting the most out of Christmas 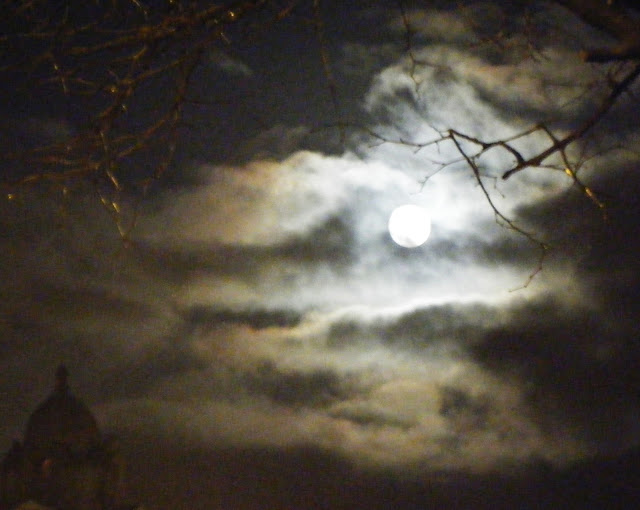 Most of us, even if we can’t remember yesterday’s lunch or tomorrow’s appointments, recall the glorious feeling of opening up that first gift on Christmas morning. So here’s a question: how many second gifts do you remember from your Christmas mornings? How many third or fourth gifts?

Amy Dacyczyn, author of “The Tightwad Gazette,” made an interesting observation about children on Christmas morning: the first present is magical, she said, but the fourth or fifth means far less, and by distracting the child, destroys the magic of the first present. Moreover, by the time the child receives the fifth present, they are anticipating the sixth, and will be angry and disappointed when it doesn’t arrive.

We notice it most in children, but we all do this to an extent. Find out you’re getting a bonus from your company, and you might feel a sense of triumph – or these days, relief that you’ll be able to pay your bills. Find out you’re getting a second bonus, and you’ll be pleased … but not as pleased as before. Just like the gifts on Christmas morning, two surprises are not twice as pleasurable as one.

We feel obliged to give our children some of the same magic that we experienced, and these days, when both parents often work, some families seem to use Christmas as a way to make up for their lack of time spent together the rest of the year. Most of all, many parents want to give their child something more than they had, in the Ireland of 20 or 30 years ago. Thus, many parents shower their children with gifts, not realising that their children might actually get less pleasure out of ten gifts than one.

Most of our holidays have become cause for indulgence; to eat too much, drink too much and spend too much, while seeming to get less and less pleasure from the same activities. Some television pundits even talk as though overspending was a moral obligation, tracking the sales figures like telethon hosts.

Writing in Slate magazine a few years ago, economist Joel Waldfogel demolishes the idea that Christmas spending saves the economy. Let’s say, he said, that you describe the cost of a gift as the store value plus the pleasure of receiving it as a gift – say, an extra 20 euros. If your gran gives you a 50-euro Christmas jumper that you love and would have bought for yourself anyway, you receive more value from it as a gift. But most of us don’t love all our Christmas gifts, so even with the dubious pleasure of receiving a gift, products cost more and have less value when they are given as gifts. Moreover, that assumes a constant and substantial value from getting it as a gift – and as we have seen, that value diminishes with each new gift.

Finally, remember that we often buy on credit these days, so each gift costs perhaps 20 per cent more than it would have if we had just bought it outright. What about holiday rituals like Christmas songs, old movies and decorations – can’t we enjoy those? Of course, but you’re not obliged to listen to the same songs so often that you become sick of them. I suspect that sense of obligation to spend money, coupled with the metastasizing of this holy day into a spending season, fuels the annual avalanche of “Christmas” movies, toys and other things to buy, most of which are forgotten the next year.

Does this sound like the attitude of a Scrooge? Before you say yes, remember that Scrooge opposed the spirit of Christmas, and took no pleasure in the joyous gatherings of family and friends. I’m saying the exact opposite; I want to see people enjoy Christmas again, as most of us remember doing when we spent little money and much time together.

The older people around us in Ireland, who grew up without the trappings of modern culture, remember when Christmas was precious because it was an event, not a season. We can't completely go back to those days, but we can confine our Christmas season to a small number of days, concentrating the songs, decorations and merriment into that brief window before it gets old. A week or so before Christmas, when we decorate our tree and begin singing carols, it means something, and this year’s golden moments mix with memories of the ones before.
Posted by Brian Kaller at 23:04

Thank you Brian for this post! You are so right about losing the meaning of Christmas and all the stress that the packaging brings with what we are told will make our Christmas brighter and merrier and the actual truth. Love is all we will take with us when it is all said and done and that is where we find our true joy in the love of family, friends and God. Blessings to you and yours! Fr Brian

Thanks for this! I now feel rather happy at having started Christmas preparations late, and having done relatively little. **GRIN**

Brian (and indeed perhaps also Fr Brian Michael, commenting here on Brian's blog): there is some need for a place where we can discuss Catholic things in a Catholic spirit, even while keeping an eye on the social-collapse issues so well aired by such non-Catholic bloggers as John Michael Greer. I have put forward a possible, tentative, plan of action, with a thinly veiled wave to blogger Brian, in a posting of 2015-12-18 in the comments section of http://thearchdruidreport.blogspot.com/.

My posting there begins with the words It would help if those of us with a special interest in the Catholic world had a separate place to discuss/.../.

Perhaps there will be some uptake on my tentative plan, from someone or other?

Father, thank you, and have a Merry Christmas!

I saw your comment on the Archdruid's site -- thank you for the mention! I'd love to see a discussion devoted to such things -- any suggestions?

I'm afraid I would be unable to devote the time to spearheading such a project right now, although if someone began it I could try to contribute. Have you reached out to other people who might be interested in the same things, like distributist sites? Rod Dreher and other writers at the American Conservative are sympathetic to both traditionalist religions and ecological issues. By all means, e-mail me and let's exchange ideas -- in the meantime, have a great Christmas.