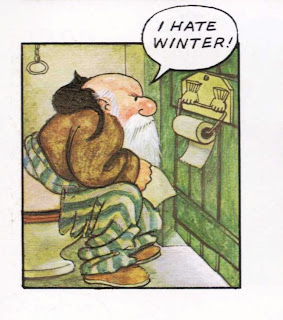 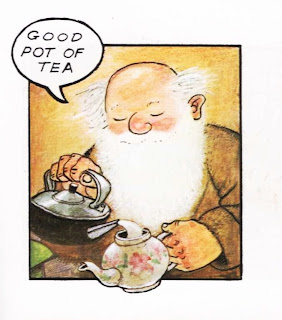 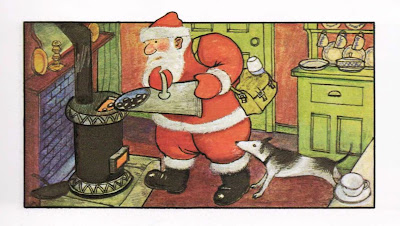 When we take pleasure in these things, we peek through cracks in the wall of stress and excess and see another, older world on the other side, and realise that it too can bring comfort and joy.
Posted by Brian Kaller at 14:59

Most excellent. I agree with the idea of making Fr. Christmas more human. Lucas told me one of the things that made him not believe so much was the who concept was bit fatastical. I came up with the idea of modernizing the concept by telling him the Customer Svc. Dept of the North Pole contacted me asking for verification on his list. I like your story better. It is difficult living in such a mass consumer culture for those of us that believe in a gentler more grounded way of life. Next year we are incorporating seasonal holidays into the year--isn't that the point but to mark the passage of time with rituals and traditions? Still gotta love our white fake tree :P

Wonderful post! I'm going to look up that book.

Lovely post Brian - well written as usual :) Hope you are all well in Kildare. All good with us. I hope you all have a lovely Christmas and carbon conservative 2011 ;) Theresa x

I have always loved this book too; a favorite in my house for almost 30 years.

Suzanne,
I can picture calling the customer service department: "Hello, this is NorthPoleCo. Your call is very important to us. Please continue to hold; ahead of you are one billion, seven hundred and thirty-two million,..."
What seasonal holidays do you plan to celebrate?

Chris, we always know what to leave out for this Santa. :-)