Greens in the halls of power 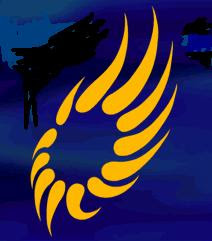 I finished my article for Green Horizons magazine, and have permission to publish an excerpt here. The article traces the first 18 months of Ireland's Green Party, Comhaontas Glas, which became part of the ruling coalition here in mid-2007 after forging an alliance with the largest and most conservative party.


... Many Greens had hoped that the mid-2007 election would be their breakthrough year. It was the first election since issues like peak oil and climate change, long derided as fringe issues, percolated into the mainstream. It was only the second election of the Celtic Tiger, which transformed the previously agrarian backwater into a prosperous nation. It also came after widespread dissatisfaction with the dominant Fianna Fail (rhymes with tall) party – the party’s leader, Bertie Ahern, was under investigation for corruption, and had to step down shortly after the election.

At first, though, the election changed little. Fianna Fail held control with 45 percent of the Dail (Irish Congress, rhymes with boil), while the Greens held only four percent. One thing that did change, however, was that Fianna Fail’s old coalition partner lost most of their seats, and FF needed a new ally to have a majority. Armchair politicos put minor parties together like jigsaw pieces to create new alliances, but FF reached out to the Greens, and after days of tough negotiations, the Greens approved the deal.

... The Greens also got several reforms out of the deal. Shortly after attaining power, they received a quick commitment on climate change from the Irish government. Agriculture Minister Trevor Sargent, formerly the head of the GP, said that “smart metering” is being implemented in a pilot programme to 21,000 homes – an infrastructure change that will both save energy and pave the way for replacing centralized power plants with a network of solar, tidal and wind power generators.

Building codes have also changed radically in Ireland. “It has long frustrated people who understood that we weren’t going to heat our homes well under old codes in a world with less energy,” Sargent said. “We have instituted much stricter energy-saving standards, and we have cancelled developments that didn’t meet these standards, that ordinarily would have gone through.”


Sargent, perhaps the only world leader to ride his bicycle to work every morning, said he is particularly proud of the new government’s commitment to organic food and Farmers’ Markets – the government’s new policies, he said, will increase organic food production 500 percent by 2012.


The magazine, with the rest of the article, should be out by spring.
Posted by Brian Kaller at 01:09