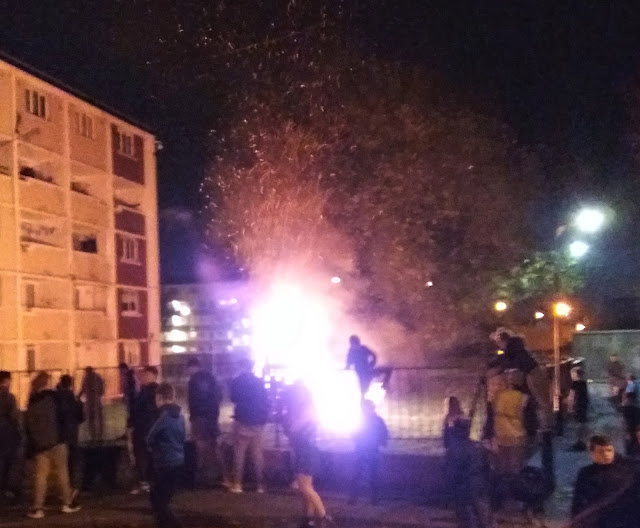 The Irish celebrate Halloween with fireworks, as Americans would Independence Day -- as I found out when I first moved here a few days before Halloween with a new baby. And on distant country hilltops and outside Dublin tenements, people build giant bonfires.


Originally it was the day when the veil between this world and the next grew ragged, and things could pass through. It’s the midpoint between the equinox and the winter solstice, or Christmas; it marked New Year's Eve in traditional Ireland, when the nights grow truly long and dark, when the skies grow dim, and when we first feel the bite of winter. It is the day when it seems most appropriate to remember loved ones that have died, as we do in our house, a bit of gravitas to go with the trick-or-treating of children and the heedless bloodletting on the television.

My more devout friends back in the USA resent hearing the astronomy behind, say, Christmas or Easter, believing it distracts us from “the reason for the season.” I understand – they are flooded by a culture that exploits holy days to sell people more things they don’t need, and they want to protect their children’s innocence and preserve the day's meaning. I get it.

In purging their lives of the shopping-mall culture, though, they inadvertently throw out some of their oldest traditions. The holidays celebrate the cycle of creation, and the religious commemorations were placed there because of the season, not the other way around – the birth at the turn of the year, the Resurrection at the season of new life. The pagan seasonal markers do not supersede the holy days, but ante-cede them, marking another turn on our journey from this world to the next.

In the same way, I know many sects who worship in bare rooms and plain churches, and I’m glad it works for them. My second-favourite churches have the rich colours and flamboyant architecture of Catholic churches, an explosion of praise frozen in stone. But the best religious service I have ever attended took place in an old forest near us, by candlelight. There, a crowd gathered around the priest under a green canopy, amid living pillars whose lives stretch so far beyond our own, in a tiny remnant of what was once the first and greatest of cathedrals.

I used to walk through those woods every week with my daughter, and now that she is a teenager I walk alone. I hope I can walk through them with her again soon, for while I don’t always go on a Sunday, every visit feels like a Sabbath. 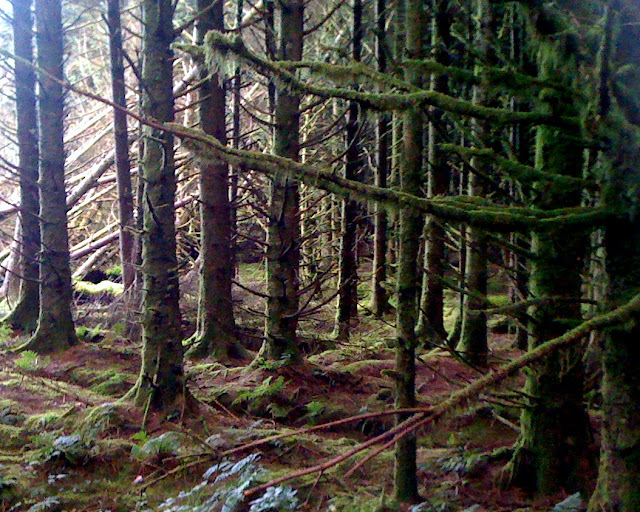 May Day...is still a memory for me, a Catholic Chicago girl who did her share of post dancing (not to be confused with pole dancing) and flower basket distributions in our Ravenswood neighborhood. But as you stated, so many of the important parts of the seasons are forgotten as more people, especially in the US, spend so many hours inside in controlled environments. Lovely historical post as always. Thanks so much.

Donna, you're welcome! Those sound like great memories. Do you know if anyone's still doing that?