Trees on the edge 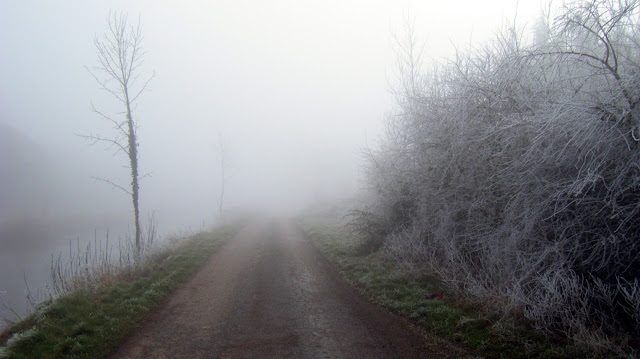 Our front hedgerow – its trees so far apart and untidy that it could almost be called a grove – has gotten tangled in the phone wires, and when the winds whip across the bog-lands as they did last week I hear them creaking loudly, pulling the wires alarmingly to and fro. Last week’s storm pulled down one of our trees already, and I’m expecting the overhead wires to go any day now.

I often talk about the kind of close-knit communities that have disappeared across most of the modern world and are fading even here. One disadvantage to them, though, is that people tend to look out for those people they know, and prioritise everyone else last. Also, Ireland only recently went from being a slow and agrarian country to being a modern globalised nation, and many civil servants still behave as though they still live in that slow country. Thus, I’ve spent months making calls to various people, finding that delicate balance between building a relationship with the people there and having them file a harassment order against me.

Finally the council said they would do it, to my great appreciation. They can’t tell me exactly when they will do so, and I wonder what it will look like when they’re done, whether they will simply trim a bit from the top or raze the front of our property like a tornado ripping off tree trunks.

Whatever they do, however, it will probably help me in my ongoing struggle to turn this untidy clump of trees into a proper hedgerow. In the past I’ve planted willow saplings in the gaps, lain rotting planks underneath to feed the soil and keep down weeds, and have cut and folded saplings to repair the hedge and make it whole again.

If it sounds like I’m talking about repairing a hedgerow as one would repair a wall or tractor, that’s because the principles are similar, except that the hedgerow is a living thing – patches grow out of control or die off if not maintained, and it must be repaired a bit at a time over years. By hedgerow, I don’t mean the decorative evergreen sculptures I see in front of modern businesses, often a monoculture of invasive species. I mean lines of densely-planted trees – fast-growing breeds like willow, elder, hazel, birch, chestnut, pine, hawthorn, blackthorn and rowan – cut, folded and woven together into a wall of greenery.

The principle of a hedgerow is simple, but hedge-laying was an art form in traditional Ireland and England. Every year farmers would take a few days out to maintain their hundreds of metres of hedge, re-weaving or pruning the new growth, and each area had its own style and tricks. Ireland has hedge-laying associations, contests and awards, and some farmers take pride in maintaining the same hedges that have existed for decades or centuries.

Hedgerows, however, give your garden a third dimension, a vertical salad bar that middle-aged and elderly can reach with a minimum of back pain. Unlike field crops, it provides for much of the year; hawthorn shoots for salads in March, linden leaves in April, elderflowers in June, rose hips in August, blackberries in September and sloes in October.

Whatever kind of job they do on our trees, I’ll get home from work that night and look at the remains – and start trimming and weaving the rest into a vertical garden, planting the things that will help feed my family when they are older, and pulling and pushing the rest into a solid wall for security and privacy. When I see it, I’ll have my hedge-laying schedule for years to come laid in front of me. 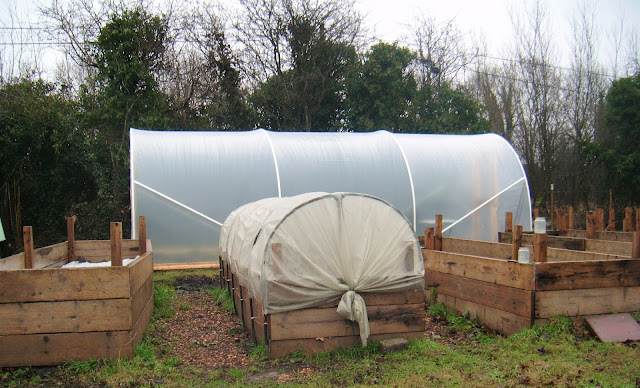 Could you polard the taller trees after they have been topped ? It makes God fence stakes in a few years .

Anonymous, laying willow in hedging is similar to coppicing, only without cutting off the stem entirely, so I will be doing something like that. I expect I will get quite a few good stakes, and firewood - unless the county's people cut it when I'm not there and cart the wood away.