The changing face of college 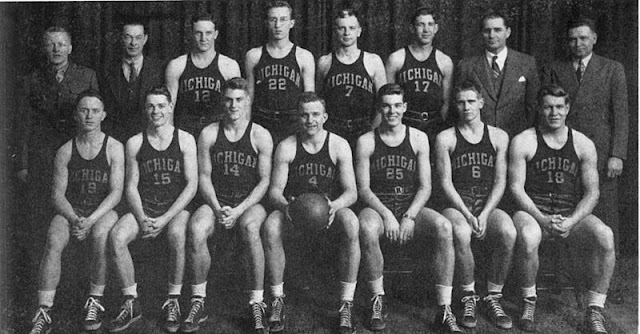 Most of my readers know that I count John Michael Greer, author of "The Archdruid Report" and many books, as one of my main influences, and I often comment on his posts. Some time ago he wrote about the changing face of college in the Western World -- especially the USA, and I added my own thoughts.

College, he pointed out, has evolved from being an advanced institution for elite specialists to a prerequisite for a good job, and a massive machine for keeping young Americans indebted through their best years. I commented:


This was before my time, but when I read accounts of college in the late 19th to the late 20th century, a few things stand out:

1. Massachusetts in 1850 was estimated to have a 98% literacy rate, and you could probably find similar rates for most of what is now the USA – far higher than the USA’s literacy today.

2. At the same time, people took for granted that college was not for most people. Clarence Hall Robison’s “Agricultural Instruction in the Public Schools of the United States,” published in 1911, wrote that public schools “have a duty to the majority of its students who will not go to college.” They didn’t mean that students would miss out on college because they were poor – although there was some of that – but that most would become normal farmers, printers, builders, carpenters, and so on. Being a professor isn’t everyone’s speciality in life, and they knew that.

3. College sports involved students showing up to support their fellow students, not millions going into a money-making machine of television contracts, bidding, scholarships and sponsorships. Look at a picture of fans at a sports game circa, say, 1950, and you’ll see no screaming or painted faces, no obese people, no beer-cap cans – just rows of healthy-looking teenagers in suits and ties. It was a social, formal event, like a dance, and people dressed up for the occasion.

4. Most students took courses to specialise in their field, but then, in their final year, took a “capstone” course, taught by the dean or some venerated professor, to tie together everything they had learned. The idea was to bring the disparate strands of education together into a common cause, as they would all be members of the same society.

5. By the time I got to college in the 1990s, of course, some courses existed solely to teach grade-school-level remedial reading, and the fashion was for literature and film teachers to ignore things like plot and characters and focus instead on the lurid sexual subtext they imagined to be there. It was all very postmodern and useless.

I would be interested to know from what pool did the Massachusetts 98% literacy rate come? I suspect it was white male property holders but would be pleased to learn that women and servants were counted also. I can guarantee that it was not 98% in the South. I did a quick Google search for today's literacy rate in the U.S. to be 86% drawn from what I think is a much wider population.

Good question -- that figure came from John Taylor Gatto's book "Dumbing Us Down," as well as several other books, all citing a report by Ted Kennedy's office in the 1980s. I'm sorry to say I haven't found the original report online, but I'm thinking of calling them and asking for a copy. I wouldn't be surprised if women and servants were included, based on other things I read from that era -- I often read of early American farmers working while children were hired to read to them. I'm sure it would be very different in slave states.

I remember seeing and reading Thornton Wilder's play, Our Town, and being struck by the fact that the students in this play (early 1900's, small lower middle class town) are reading something in Latin. I can't remember what now, Cicero maybe, or a play. Most of the town's students wouldn't go on to college, but they still have some Latin. Amazing.

Thanks for writing on a topic that worries so many of us.

I look at education problems these days mainly from the standpoint of maths and physics. Here the worst has perhaps not yet happened, but may happen soon - a dumbing-down in which easy computer work replaces, for many students, the real maths desk and the real lab. It is at any rate sobering to see how distinctively and unusually serious now seem the older books in my field - for example, the 1940 Kells-Kern-Bland to which I must return this afternoon, as I work on spherical (as opposed to mere plane) trigonometry.

In considering education, I note in perhaps mild gloom the lack of science at Ontario's in other ways commendably countercultural attempt at a traditionally Catholic postsecondary school, Our Lady Seat of Wisdom Academy (OLSW). A months ago, dreaming of what could be added to OLSW as the Ontario cultural decline deepens, I wrote the following (at http://toomaskarmo.blogspot.ca/2016/07/toomas-karmo-part-e-is-science-doomed.html):

[continued in next posting]

How could it not survive, being so healthily rooted in the rich soil of Ontario's twentieth-century monastic, or at any rate paramonastic, Madonna House movement, and moreover having had to fight hard for survival in its formative early years?

But down the road from OLSW is now the Other Place, founded maybe in 2070 or 2100 or 2120 or something. This is an institution, numbering in all perhaps fifty faculty and staff and students, whose name I cannot even (writing, as I am, in 2016) discern.

Students and faculty of the Other Place maintain a rather close, and at the same time a rather uneasy, relationship with OLSW. The relationship is marked by mutual condescension at the professorial-decanal level, and at the level of the "Junior Members" by many a furious engagement of skates and pads and stick and puck.

Students move back and forth (as I will now explain) along the quiet little linking road.

The general decanal feeling at OLSW is that a so-called "Breadth Requirement" "is a Good Thing, and ought to be kept". So OLSW students, in some instances rather against their will, do small numbers of Other Place courses. One such course, admittedly, is unequivocally popular: everyone loves astronomy, and the Other Place accordingly lays on (following the usual traditions of, for instance, the 2016-era University of Toronto) a mathematically undemanding "Astronomy for Poets". Here people get rather respectable all-night practicums on a modest 0.6-metre equatorially mounted reflector. Timings, in particular, of Algol-like binaries get made to a good level of precision, and circulate far beyond Ontario. So to this extent, at least, students not from the Other Place alone, but also from OLSW, get to do something hands-on.

Students at the Other Place are, like all students of maths and physics in all eras, worked too hard to think about much of anything beyond Chapel, their science studies, their meals, and the rink. Nevertheless, Other Place deans consider it "a Good Thing, which ought to be kept" that all their students get sent over to OLSW every few days for hard, uncompromising Latin - the poets, and Cicero as stylistically normative, and perhaps also one other duly tough prose author. (The normal decanal consensus is that that lively PBS-and-National-Geographic of the ancients, Caesar's de Bello Gallico, provides an insufficient workout.) The decanal reasoning here is that however little time a demanding curriculum might spare for humanities, Latin (when taken seriously) is at any rate a key that unlocks doors for people in later life, perhaps long after their graduation. Italian (if needed) will prove easy, even years down the road. Ancient history will be at all stages in life appealing as a field for private reading. Roman law (a helpful backgrounder in a possible eventual foray into public affairs, as might happen long after graduation) will prove surprisingly accessible.

And some hardy students do embark, in the spirit of the Victorian British statesman-savant Gladstone, on Double Degrees, under a mutual arrangement between OLSW and the Other Place that gets them trotting up and down that road ten or twenty times a week.