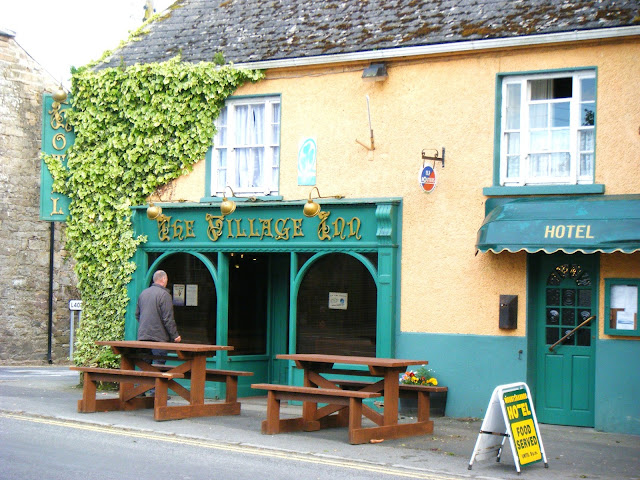 I take every chance I get to chat with people at the bus stop, at the shops in my village, and on the bus to work in Dublin; people don’t socialise as much these days, and our lives are the worse for it.

We become moral animals when we care about others as we do ourselves, and in most eras that wasn’t a problem. Whether in Stone Age tribes or bucolic villages, we lived in the constant presence of people like ourselves, with whom we shared a lifetime of memories and on whom we depend. You might have had conflicts with your neighbour, but after sharing three sacraments, a football championship, the rights to the nearby pasture and two great-grandmothers, you learn to get along. Relationships like this civilise us, and thousands of such threadlike connections, layer upon layer, cushion the weight of the world.

Today, though, we spend much of our lives alone even in a crowd, often insulated by headphones and absorbed in a screen of some kind, whether a lap-top, television or phone. In this protective bubble we find it easy to treat the icons on Facebook like the icons on a video game, or the cars on the road like moving images on a screen. We can fill online comment boxes or the space between our cars with language we would never use over a cup of tea, because we can now live in a world free of identity and consequences. As individuals we default to being self-absorbed, and now we have technology that allows us to stay that way.

People had drifted apart long before the digital revolution, though; 16 years ago sociologist Robert Putnam, in his seminal book Bowling Alone, compared survey data from across the decades, exploring how often people ate together, joined clubs, talked to neighbours and so on. Putnam looked at the USA, but his conclusions apply here as well, and they were dramatic and sweeping: Most traditional forms of human interaction have declined, and some have almost vanished.

Read that again: Most traditional forms of human interaction have declined, and some have almost vanished.

“Human interaction” covers quite a bit of ground, of course, and Putnam goes through hundreds of pages of examples – any of which might seem tiny in isolation, but fit like mosaic pieces to portray a crisis. Over two decades, for example, the number of times people entertained friends at home had fallen by half. “Time diary” studies show that people spent a third less time socializing in 1995 than in 1965. Instances of family members vacationing together, going to church together, or “just sitting and talking,” as one poll put it, have all declined. Gradually and silently, hundreds of millions of neighbours became strangers.

Putnam’s 2000 work spawned a decade of journal papers and studies looking at various kinds of “social capital” and hot academic debates over its definition. Most of us, though, know it when we see it, and when we have it we live longer, feel better, are stronger, healthier, and have more meaningful lives when we are part of a close family or a loyal group of friends.

It’s more than your best mates, however – our lives are made up of thousands of tiny gestures like this every day, and ninety-nine out of a hundred fly right by us. We don’t think much about the pedestrian who shifts to one side to let us pass, the clerk who smiles at us, or the kids who walk around our property instead of through, but we coast on a sea of such courtesies, and where such moments disappear – say, in a violent inner-city neighbourhood – we immediately feel their absence.

“Members of a community that follows the principle of generalized reciprocity – raking your leaves before they blow onto your neighbours' yard, lending a dime to a stranger for a parking meter, buying a round of drinks the week you earn overtime, keeping an eye on a friend's house, taking turns bringing snacks to Sunday school … find that their self-interest is served,” Putnam wrote.

That’s why I like to chat with people I meet; I’m putting pennies in a bank of social trust, from which we can all withdraw someday. When we do that we help regrow an older and real social network, the one that you don’t leave when you die.
Posted by Brian Kaller at 22:43

I've been using the idea of consumerism to gather up the various threads of my thinking - so forgive me if I process your essay through my own preoccupation here. But one way of thinking about the things that you describe as under threat - is to think of them as all the ways we rely on one another. But in an Age of Consumerism we are not supposed to rely on others (to be "bound" to them as though our inter-reliances where physical bonds). Instead we are supposed to (be "free" to) rely on those products that are marketed to us and which we buy with our salaries and our paychecks. No need (from either side) for all the complicated mechanisms of reciprocity. The reason I think this is a useful way to think about it is because Consumerism is not just some innocent and natural happenstance. It is enacted and enforced by immense industries, by states now dependent on consumer capitalism, and by arguably the best funded and most sophisticated mytho-generative force ever created - modern marketing. In other words, it's no coincidence that the things you talk about are being eroded. It is the fundamental imperative of the economic and cultural system we live within.

A very nice post. Nice in as it makes you think. Not nice because it is so painfully true.
The very last sentence is strikingly similar to the tone of a book I'm reading right now. Jenkinson's Die Wise.

Andrew, it’s true – as far as we can tell from surveys, Americans in the 1940s and 50s or Irish in the 1960s or 70s were much happier than today, not because they were richer. They were much poorer than we are today, but poverty per se doesn’t bring happiness either. Rather, they had enough – what Americans today might consider poor, but with the necessities of life met -- and had a strong social group.

You’re right that dissatisfaction is manufactured; in 1929 Charles Kettering, director of General Motors Research, wrote a magazine article called “Keep the Consumer Dissatisfied,” meaning that corporations should constantly create new imagined needs to keep people buying products – and throwing them away for newer ones. You might have read a piece by Jeffery Kaplan in Orion magazine called “The Gospel of Consumption,” at http://www.orionmagazine.org/index.php/articles/article/2962.


Thanks, Ron! I’ll have to check out that book.

Somehow I never ran across that article in the Orion. Thanks for recommending it. A good summary of how we've been maneuvered into our current predicament. And it speaks to the main reason I've been thinking about consumerism - the contradiction between democratic citizenship and consumerism. (My previous comment went up under my alter ego. I must have been logged in differently!)

Brian,
Thank you for this. Alone in a crowd is a very lonely place. I am 67 years of age and so remember the America of the 50's and how different our lives are today.There are so many distractions that we barely notice one another as fellow brothers and sisters.There is the thread of desire left in us that wants to connect but usually doesn't emerge until there is some disaster such as 9/11 or other tragedy.I also remember the Ireland of the early 70's and the differences today that you address. It was curious that when visiting England in 1973 that you would seat at table with some strangers in a cafe for tea and you didn't talk to one another. It was sort of like being on an elevator. My English relations told me it would be considered rude other than asking permission to seat there. I found it very curious as opposed to the Irish in 1973 and you were considered rude if you didn't speak to a stranger. It was the old saying of strangers are only friends we haven't met yet. Not today so much. We are embodied souls yearning to know one another and are trapped. Hope in the future that we shut all the stuff off when not needed and say hello.