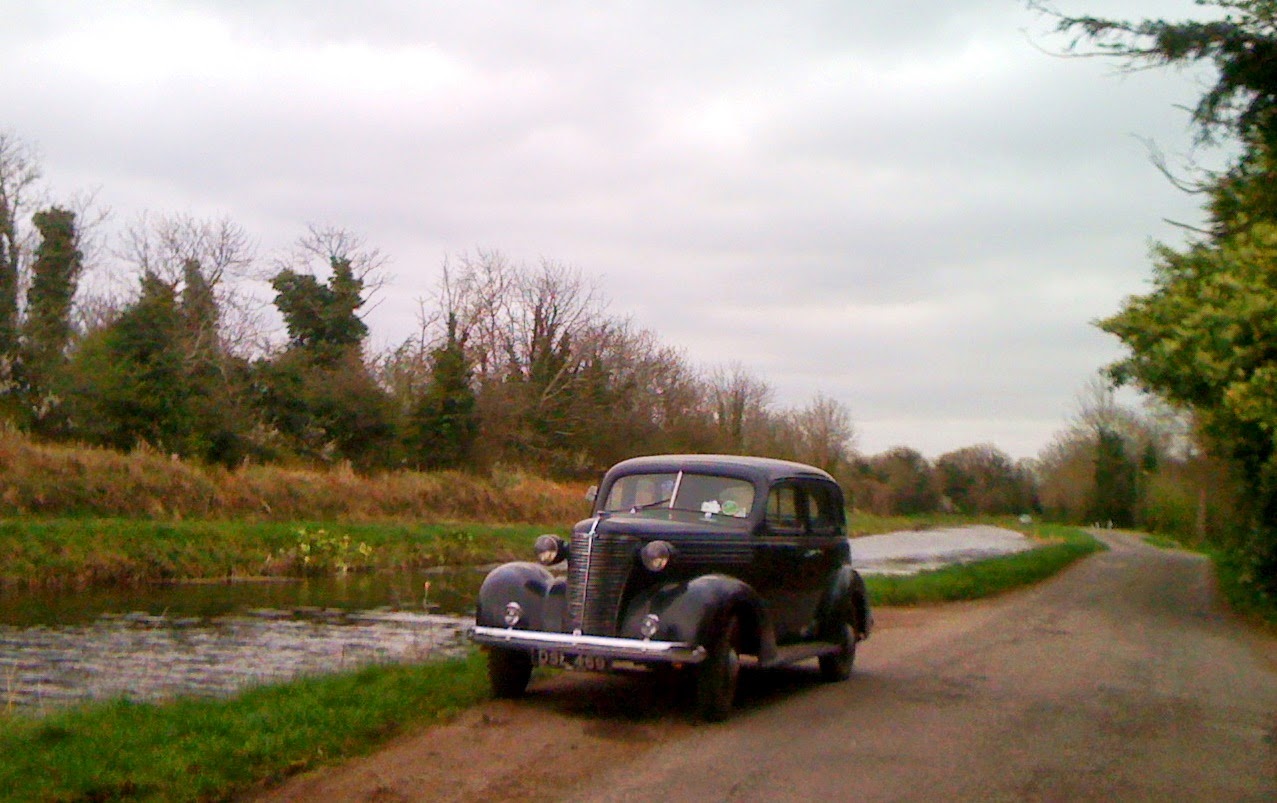 When we first moved here, he showed me around his lovely fields and the old barn where he kept his cows. Without offense to him, it looked and smelled like a lot of cows lived there. Then he lifted an old tarpaulin and showed me his prizes -- a set of old cars, well maintained and passed down from owner to owner. Once in a while he takes it for a drive, and I get a picture.

For generations of people around here -- until relatively recently -- cars were something for emergencies or show. Yet people got around just fine, and the roads were safe for walkers, bicyclers and horses. One old person said that two people in town had motorbikes -- the doctor and the priest -- and they knew by the sound in the distance which one it was, and so which neighbour had fallen ill and how serious it was.
Posted by Brian Kaller at 22:12