What science fiction ought to be


Sorry for the light posting lately -- I'll be on holiday in the USA for the next two weeks. If any readers live in the St. Louis area and want to meet, e-mail me.


Science fiction has become the dominant genre of the last four decades – the biggest film of the year has been sci-fi almost every year in my lifetime. Of those, some are simply swashbuckler fantasies set in space, like Star Wars, while others are the very entertaining superhero fantasies that have become as ubiquitous as Westerns or musicals once were. Each year, however, brings a new wave of dystopian post-apocalyptic films – in the last year we’ve had Blade Runner 2049, Ready Player One, War for the Planet of the Apes, Geostorm, and later this year we can expect Alita and Mortal Engines.

I say “dystopian,” because science fiction used to be creating utopian futures in which mankind had solved most of its problems – Star Trek being one of the only survivors of that age. In the time that science fiction has dominated our culture, though, it has been about something else: telling us how hopeless our future is, and how we’re all doomed.

They have a point; we have created a society that runs on coal and oil, which won’t last forever. Even the amount we’ve burned so far has changed the air so much that it is literally changing the weather around the world, creating more intense storms, harsher droughts, and greater extremes of heat and cold. Anyone who walks along the Irish shoreline can see the other main product of our civilisation, the plastic and other rubbish that now clutters the world’s seas, or piles up in landfills that have become the largest man-made structures on Earth.

Yet apocalyptic stories assume that our modern car-driving, computer-using culture will collapse overnight in some catastrophe, whether a robot Armageddon, climate disaster or Rapture – and the fact that we make entertainment about such horrors means that they are not really our fears, but our fantasies. And they offer the worst possible model for how to handle the realistic difficulties we might face in the future. Paranoid survivalists do not help build a delicate web of trust among neighbours, and millenarians will not help build lasting infrastructure for the next stage of history. The more people are convinced that we face a violent and despairing future, the more likely such a future becomes.

In the decades to come, as we have to cope with more difficult economic times, energy crunches and unexpected weather, more of us will have to grow more food ourselves, learn to use less energy from different sources, and buy more products made to be fixed and re-used rather than thrown away. It might be a reduction of our energy wealth by 10 percent, or 50 percent, or 90 percent – depending on your time and place -- but it’s literally not the end of the world, and we shouldn’t confuse the two.
And it will require more of us to form carpools, shopping co-ops, allotment clubs, medical co-ops, home-schooling networks and other such ad hoc organisations, and to cheerfully work with our neighbours to create new relationships – something people can and often do in a crisis, and exactly the opposite of what most science fiction depicts.

Movies and television programmes could easily help people imagine a more realistic future, and there are many models they could use. 1950s America, Irish village life, post-war Britain, modern-day Mexico or India – since people in every time and place used and wasted less than we do today, almost any such model would probably look more like our future than the latest Zombie Apocalypse movie.

For example, picture a gentle television comedy series set in a modern suburban housing estate, but with the lawns turned into gardens, and bean vines crawling up the sides of every house. Most homes hold extended families of mothers, grandparents and children, some of whom had to move in with cousins and in-laws from what used to be the coast. Picture each home having masonry stoves for the cold and Arab ventilation shafts for the heat, coops and hutches outside for animals, and neighbours pooling their money to help each other out.

I can picture storylines involving elderly people, who grew up during the boom years, having arguments with their more practical children and grandchildren, or feuding with other elders over culture-war issues that have long been rendered moot. Other storylines might involve the young men of the community taking turns patrolling the homes against local gangs, making life difficult for secret cigarette addicts and covert teenage lovers and leading to all manner of comic misunderstandings and hijinks.

Some episodes might involve the same sort of bucolic charm one might find in All Creatures Great and Small, Last of the Sumer Wine or other British series, or in Irish films like War of the Buttons. Perhaps residents gear up for the annual vegetable awards, and get a little carried away with the competition, spying on each other with binoculars and sending children to spy on their neighbours for pocket change.

Perhaps other stories involve the neighbours learning old-fashioned ways – when the water turns out to have heavy metals, they learn how to create a slow sand filter and charcoal filter. Or the creek is flooding the neighbourhood, and everyone has to pitch in to dig a channel or an overflow field full of willow trees. I could see it being like one of my favourite films, 1934’s Our Daily Bread, in which a group of down-and-out people during the Depression have to learn to run a farm together.

Other storylines might be more dramatic; perhaps one of the residents gets an eviction notice, and the neighbourhood bands together to stand against the police. The matter is resolved without violence when the police fall in love with Granny Madison’s blueberry pies, and agree not to evict in exchange for a pie once a week.

I could see a story involving an elderly resident keeps to himself, and is the subject of much gossip among the neighbourhood children, who peek in his windows and frighten each other with stories about him. When one boy sneaks into the house on a dare, however, he finds the old man has a fascinating history, and the two become friends. The episode ends with the boy leading the old man out to meet his neighbours for the first time.

Another episode, perhaps, could revolve around a group of unemployed men struggling with family stress and poverty, who decide to pool their money and skills and build a small wind farm together out of boards and car alternators. They hope to generate enough electricity to get the Internet coming to their homes again, enabling them to keep in touch look for jobs, download self-sufficiency courses and – closest to their hearts – play video games with old buddies on the other side of the world.

Make up your own examples of what your neighbourhood or family might look like if weather and the economy became more difficult, and yet life went on. Write a short story, a comic book, or a
fairy tale for your children. The point is that few people read scientific papers or specialist web sites, but we all watch or read stories. If you think there is hope for a decent future -- and I do -- then make that future come alive for your family and friends. I ask only two things: it show a realistic future, and that it be fun. 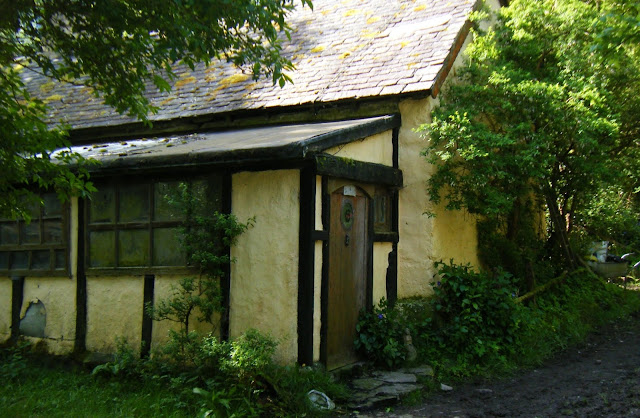