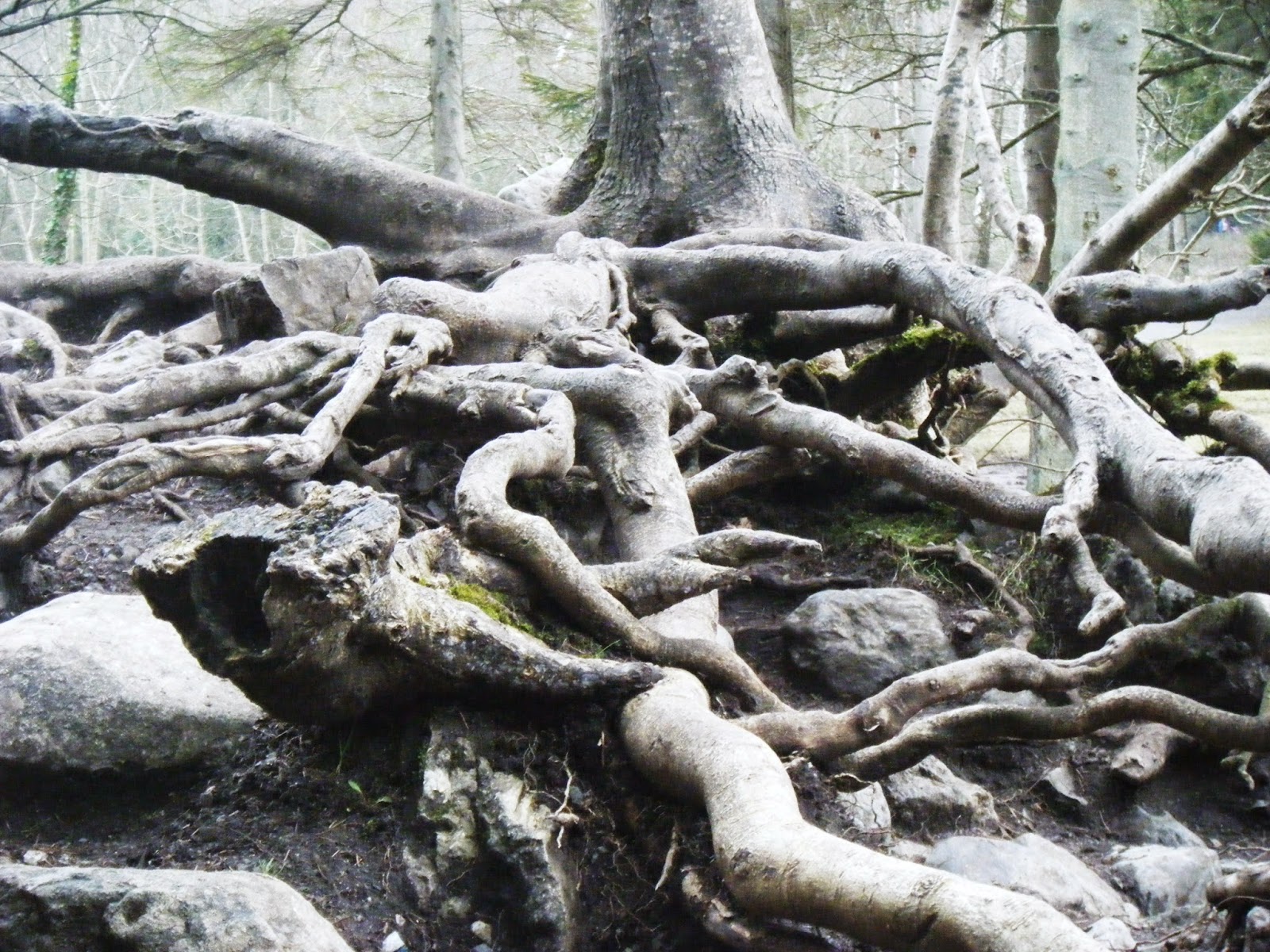 We like to walk through woods near our house, formerly the grounds of a castle, built in the 1600s and almost destroyed in the 1641 rebellion, rebuilt and extended over the centuries.The home of the baronial family that ruled these lands now lies vacant, its halls of power now open to the sky.

From the nearby lake we can hear the trills of moorhens and the squeaks of coots, tending their chicks in the dense thickets of reeds. On one corner of the lake must once have sat a small boathouse, now covered with rocks like a cairn.

On the top of this mound, its roots winding through and over the rubble, grows a single tree, somehow thriving on the barest of surfaces and clinging to the mound through the fiercest of winds.
Posted by Brian Kaller at 23:15