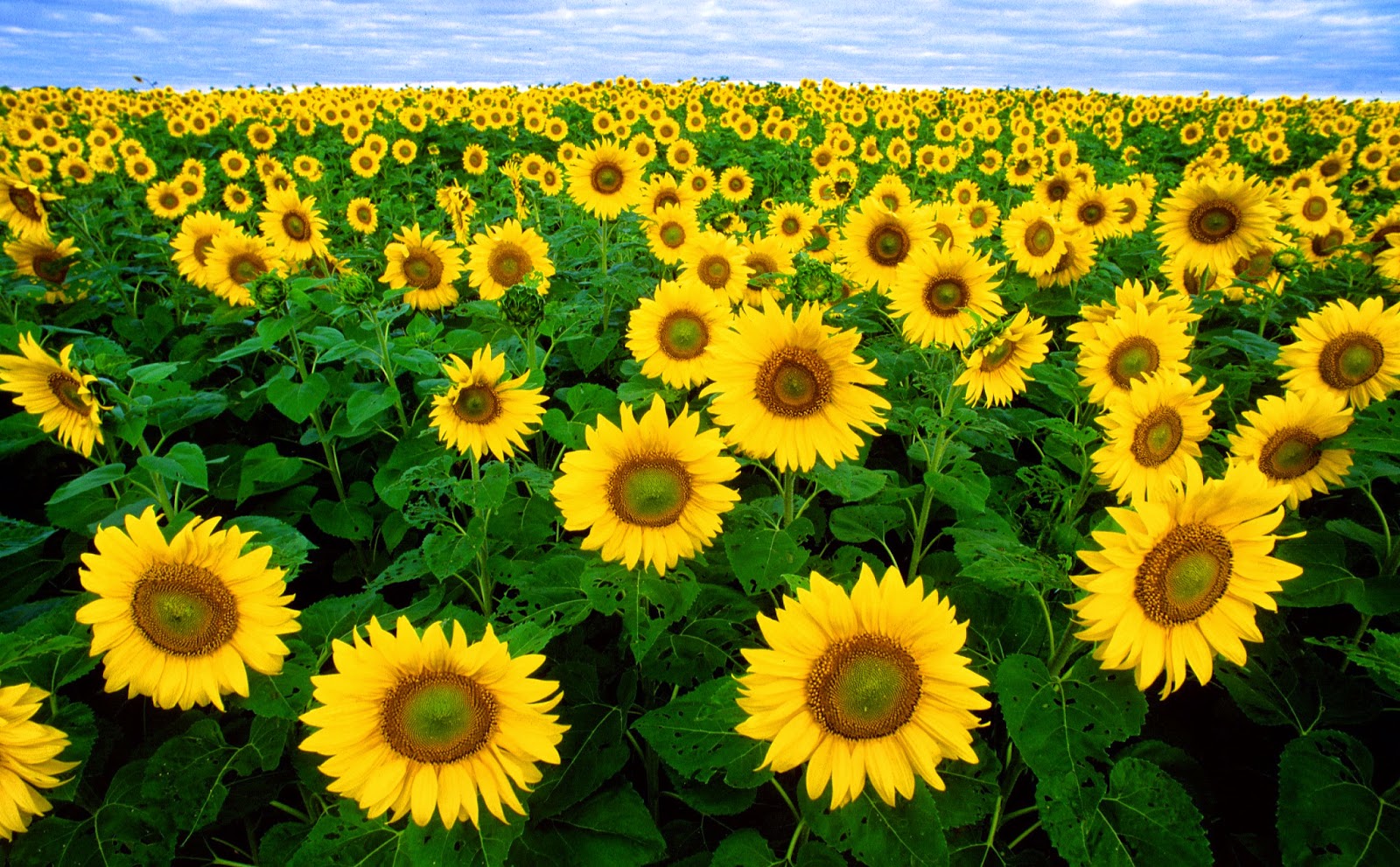 In the last couple of centuries humans have done a strange thing: we’ve dug the biggest pits, the deepest holes, and the longest tunnels the world has ever seen, all to find the most insidious and subtle poisons known to our mammalian bodies, remove them from deep inside rocks where they had lain sequestered for eons, and concentrate them in the places where most of us live. We’re starting to think this maybe wasn’t a good idea.

Take lead, which last- century humans put into containers, car parts, pipes, paints and many other products -- and even in petroleum, spreading lead-tainted exhaust across a world. Lead causes brain damage and erratic behaviour if absorbed into the human body, and its rise and fall correlates with the US crime rate in the 20th century – the more lead was around children, the more crime appeared a generation later. It’s been banned from paints and auto fuel, of course, but it lingers on old buildings and in soil.

Or take mercury: burning coal releases it into air and water, and thence into animals like fish – a  2009 study by the US Geological Survey tested 300 streams across the USA and found that every fish tested contained mercury, a quarter at unsafe levels.

You could go on with a list of such heavy metals – cadmium, zinc, copper – right down the periodic table. Most of all, we have pulled out coal and oil and used it not just to fuel up the car and turn on the lights, but to generate hundreds of thousands of petrochemicals with unpronounceable names as long as sentences and often-unpleasant effects.

I say “we,” of course, but this isn’t a guilt trip; most of this was before your time, and you didn’t vote for it anyway. You and I use small amounts of heavy metals and fossil fuels in our own lives – driving, flying, heating, buying plastic products, just looking at this on a computer – but it’s very difficult to avoid doing so and still living in the modern world.

The consequence of so many people doing so many of these things, though, is that any urban area --- and many rural ones – will have splotches on the map with large quantities of toxic materials in the ground. If you live where a gasoline station used to be, or a factory, a garbage dump, or any number of other things, you might have things in your soil you don’t want in your stroganoff.

If you think you just won’t live in places, or just move away from them, congratulations: you’re thinking the same thing as everyone else. That presents a problem, as everyone who can live somewhere else will do so, and everyone who can’t live somewhere else will live on contaminated sites. Realistically, this means the poor, the elderly and other vulnerable people have to live with everyone else’s toxic waste – which is often the case already.

Other methods, like removing tonnes of contaminated soil, involve years of work and vast sums of money we don’t have anymore. If you could remove all the affected soil, moreover, where would you put it, aside from somewhere else that would then be contaminated?

What we need is a device that can suck toxins out of the soil and either turn them into something harmless, or concentrate them in something lightweight and removable. No one has much money lying around to invent such a device, though, much less to manufacture millions of them and send them to sites around the world for free. Thus, these hypothetical devices would be even better if they already appeared around the world, or were lightweight and easily transportable.

It would be best, in fact, if these machines cost nothing to create, and once created could make more of themselves, at an exponential rate. While we’re at it, it would also be nice if the devices also prevented soil erosion, fed bees and other pollinators, and provided shade, beauty, a home for wildlife, and possibly firewood.

Thankfully, we have these machines now. Certain plants, it turns out, have a particular gift for sucking up specific chemicals, either as a quirk of their biology or as a way to make themselves poisonous and avoid being eaten. When these plants are sown on contaminated ground, they absorb the contaminants into their tissues, gradually reducing the amount in the soil until it is safe for humans.

Called phyto-remediation, this process has become one of the newest and most promising fields of biology. Similar methods use mushrooms in what is called myco-remediation, or use bacteria and have unfortunate names like bio-sparging, bio-slurping and bio-venting, but we’ll restrict ourselves here to plants.

The basic method is straightforward: find out what toxins lurk in your patch of ground, and come up with a regimen of plants appropriate for the climate that hyper-accumulate those particular toxins.
“Toxins,” of course, covers a lot of ground, and the vagueness of the word allows it to be used in all kinds of unproductive ways – for example, every fake New Age cure that claims to rid your body of unspecified “toxins.” So to get more specific, let’s separate toxins into two of the most common categories: metals and petrochemicals.

Petrochemicals generally have familiar atoms like carbon, hydrogen and oxygen, the same things that make up chocolate sundaes, flower gardens, testosterone, newspaper, and most of the world around us. Those same elements in different combinations, however, make common but un-tasty compounds like gasoline, or lethal poisons like Agent Orange -- it’s all in how many atoms are put together in what arrangement.

If a plant can absorb, let’s say, the cancer-causing benzo-pyrene – C20H12, found in coal tar – with some oxygen (O) and then separate it into C12H22O11 and H2O, the petroleum-based poison would become sugar water. I’m not saying this is the actual chemical process, by the way – just an example of how chemical combinations can make something deadly or delicious.

When the toxins are metals, of course, they cannot be broken down into other elements any more than lead could be changed to gold. Some plants can absorb the metal and metabolise it into some kind of molecule, however, making it less easy to be absorbed by the human body and thus safer to be around. Sometimes the metals can even help us; some biologists have even proposed using certain edible plants to accumulate zinc from contaminated soils and feeding the plants to people with a zinc deficiency.

After the plants are harvested with the metals concentrated in their tissues, they can be burned, and the metal stays in the ash – a small amount of space and weight to dispose of, compared to the tonnes of contaminated earth. The ash might even be able to be mined for the metals, for complete recycling.

One example comes from Brazil, where abandoned gold mines are leaking mercury and other heavy metals into the soil and water. Mercury is one of the most toxic of heavy metals, and once in the soil it is soaked up by grass, which is eaten by cows, which are eaten by … you get the idea. Farmers are now growing maize and canola plants in the area, though, which soak up heavy metals quite nicely – gold as well as mercury. One scientists overseeing the project estimated farmers could get a kilogram of gold per hectare from doing this, which would help pay for the clean-up.

Mustard greens were used to remove 45% of the excess lead from a yard in Boston to ensure the safety of children who play there. Pumpkin vines were used to clean up an old Magic Marker factory site in Trenton, New Jersey, while Alpine pennycress helped clean up abandoned mines in Britain. Hydroponically grown sunflowers were used to absorb radioactive metals near the Chernobyl nuclear site in the Ukraine as well as a uranium plant in Ohio.

Perhaps the most magnificent hyperaccumulator, though, is the simple willow tree, Salix viminalis; it slurps up copper, zinc, cadmium, selenium, silver, chromium, uranium, petrochemicals and many others. Also, once its bio-mass has concentrated the heavy metals, it can be harvested and used for many practical things.

Of course, phytoremediation operates under certain limitations; the plants have to be able to grow in that climate, and should not be an invasive species that will take over the landscape, as kudzu did in the American South. The plants can only remove toxins as deep as their roots, so the technique might not solve groundwater contamination.

Most importantly, plants move at a different speed than we do, and even after the plants are harvested they are not likely to have eliminated the toxin. Reducing a toxin to safe levels takes time, and phytoremediation doesn’t remove a problem overnight.

Perhaps the most appealing aspect of this new field, though, is its scale, that the work to clean up toxic-waste sites could be done with no massive government project or corporate funding, with no bulldozers or construction equipment, without advanced and delicate technology beyond that to measure the toxin levels. The principles could be taught to every schoolchild or practiced by every land-owner, so that if anyone detects a certain toxin on their property, they will know what to plant to gradually remove it. The seeds and plants could be sold by any gardening or farm-supply store, so that some of our society’s most grandiose mistakes can be fixed by ordinary people, using natural means, using home-made experiments, hard work and patience, to restore our land to what it once was.

Thanks to Dr. David Leung of the University of Canterbury, New Zealand for his assistance in checking this article.

Subsequently, after spending many hours on the internet at last We have uncovered an individual that definitely does know what they are discussing many thanks a great deal wonderful post.