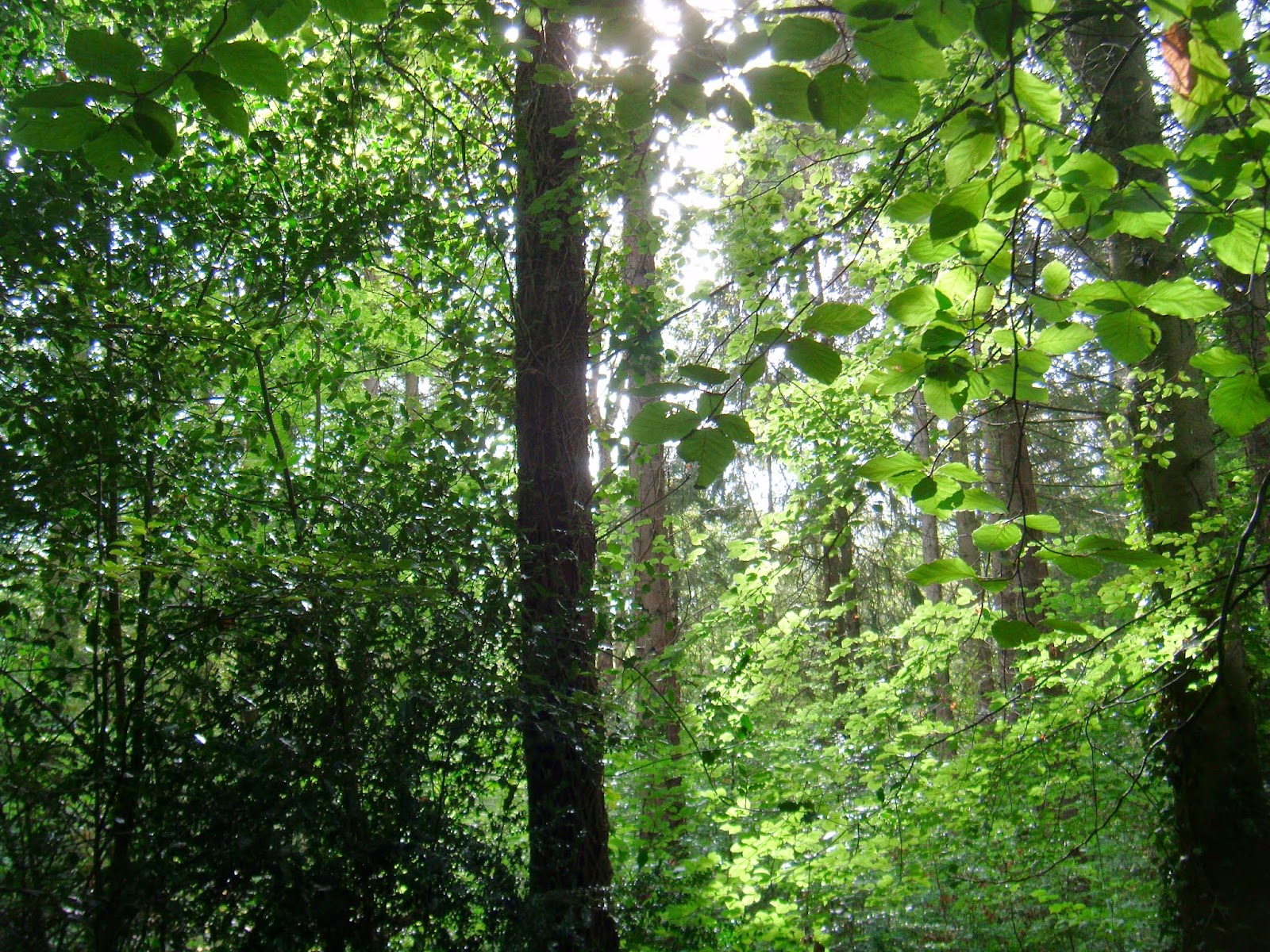 Our internet is still down at home, so posting will be sporadic; thanks for being patient.

We had a good Easter weekend, and I used the opportunity to trim the hedgerow willows with the help of The Girl and two of her friends. I wish I had trimmed them more and earlier, cutting them in the old style -- halfway through the base and folding them down, so that the trees are woven together like baskets but continue to live and thicken.

Such horizontal trees, still attached to their roots, could develop into a thick and even hedgerow, impenetrable to all but the smallest animals, and provides privacy, a home for small creatures, a source of wild rejuvenation for the soil, and a vertical salad bar of fruits and berries.

It would also cover a bit of annoyance to me, a section of hedgerow in which nothing taller than weeds will grow. My guess is that the navvies who dug the canal 250 years ago also sealed its banks with a cement-like clay, and dumped or spilled some on that spot. I occasionally find Buick-sized lumps of the grey “slag,” as locals call it – including one while digging the trench for our chicken run, which took 10 per cent of the trench’s distance but more time and effort than the rest of it combined.

I planted rows of willow shoots across the hedge’s thin patch last year, but only a few of them survived. If I could fold down the large and healthy willows on its edge, however, they could remain attached to their old roots but extend their barrier, shade and privacy many metres over the space where roots struggle to gain hold.

Most springs I was too busy to do this, but the willows will wait no longer; winds howl across the Bog of Allen in winter, and the trees sway and groan that they need trimming. One did more than groan; its trunk twisted and half-broke, its upper branches hanging on sideways like a flip-top lid.

Even what remained was too tall to cut without possibly falling into the road and hitting a passing neighbour, so I had to shimmy up the trunk, hatchet on belt, to the point where the tree’s upper branches were twisted down, and hack away at the joint while I and my hatchet swayed in the spring breeze. I eventually got it down with the help of the three girls – I had tied a rope to the dangling branches and the girls, a safe distance from underneath, pulled the other end like a tug of war.

There was another reason we wanted to trim the willows this spring; we need to build a fence. My mother-in-law, who is home during the day and who minds both the garden and the chickens, has found that we can’t allow both in the same place. Come spring we have been letting the chickens roam the yard, and are happy we did so; they look healthier, and our grass is both nicely trimmed and presumably freer from pests. Their favourite foods, however, are our herbs, and if we want any for ourselves we have to fence them off.

Thus, The Girl and I are trying to build a wattle fence. I wrote about wattle recently for Mother Earth News; a “wattle” was a wicker fence or wall made of a pliable wood like willow or hazel, woven around upright posts like a horizontal basket. Farmers sometimes surrounded their fields with wattle fences, which could be made in modular, lightweight pieces a metre or two high and a metre or two across – hurdles -- and then uprooted, carried to a new location, and stamped into the ground where needed.

The farmer usually created a wattle by putting the upright posts, sometimes called zales or sails, into a wooden frame, sometimes called a gallows, to hold them in place. Then withies – slim cuttings of willow or hazel – were wound back and forth around the uprights. At the end of the hurdle the withy would be twisted for greater flexibility, wound around the last zale, and woven back in the other direction. Usually a gap would be left in the middle of the hurdle, called a twilly hole, which allowed a shepherd or farmer to carry a few hurdles as a time on his back.

According to author Una McGovern, hurdle fences were vital to medieval agriculture; by keeping sheep confined without the need for permanent infrastructure, they allowed tenant farmers to graze sheep on a patch of land, letting them manure the fields one by one and deposit the fertilisers necessary for cereal crops.

The Girl and I started the fence using the old method of marking where we wanted it to start and end, and tying a string taut along the path. We spent the day gathering armfuls of willow from the hedge and hacking away at the ones thick enough to be posts, and hopefully, next weekend, we can make more progress on the fence itself. As with most of our projects, this is an experiment – as I told The Girl, we’ll either find out what works, or we’ll find out what doesn’t.

I'll be able to post more when our internet is up again. Also, feel free to check out my latest article at Grit magazine.