Why were we hearing about Mayans at all? 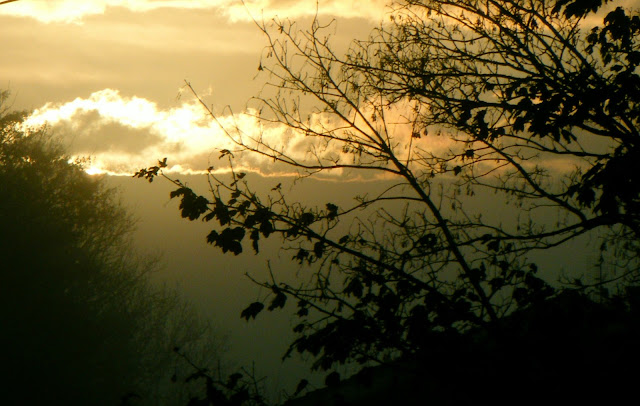 Due to technical problems, this post is appearing a few days later than planned.

Scares like this, however, can be serious business; Britain’s Telegraph newspaper reported a few weeks ago that “panic buying of candles and essentials has been reported in China and Russia, along with an explosion in sales of survival shelters in America. In France believers were preparing to converge on a mountain where they believe aliens will rescue them.” China might seem a strange place for the apocalypse idea to crop up, but the Telegraph said that “In China … a wave of paranoia about the apocalypse can be traced to the 2009 Hollywood blockbuster ‘2012.’ The film … was a smash hit in China, as viewers were seduced by a plot that saw the Chinese military building arks to save humanity.”

That callous $200 million steaming pile of emotional manipulation also seemed to popularise the 2012 myth here, and I suspect in most places. AsI wrote a couple of years ago, we might be able to forgive filmmakers for creating an overpriced package of ridiculous escapism like The Core or Volcano. Unlike those films, however, and like the fundamentalist Left Behind series, the film predicted horrifying tragedies happening to the real world shortly, invoking Albert Einstein for artificial legitimacy.

The filmmakers also drops the “Rapture” name for extra points among the mega-church crowd, both in the script and in the callous poster tag “Will You Be Left Behind?” The only difference is that the Left Behind authors seem to truly believe their dubious theology, whereas the filmmakers seem to be transparently capitalizing on people’s fears to make money.

Even if only one person in a thousand takes them seriously, scares like this cost real people their lives. David Morrison, an astronomer at NASA, told the Telegraph that “at least once a week I get a message from a young person, as young as 11, who says they are ill and/or contemplating suicide because of the coming doomsday. I think it's evil for people to propagate rumours on the internet to frighten children.”

Of course, apocalypse ideas crop up every so often, and for a highly readable history of their rises and disappointments, let me again recommend the prolific John Michael Greer. His book Apocalypse Not: Everything You Know About 2012, Nostradamus and theRapture is Wrong will likely lose some sales after today, but it deserves to be read and publicised as immunisation against the next 2012. He even delves into the origins of this particular myth in the New Age circles after the “Harmonic Convergence” of the 1980s.

One area Greer could have focused on more, perhaps, is “Why Mayans?” Why not Bavarians or Vietnamese, or any other group? The answer seems to be twofold; first, it’s easier to project any beliefs or ideology you like on a now-extinct group that can’t protest. There are some Mayans still left, who have rightly objected to their pop-culture co-opting, but poor Third-Worlders do not generally have the media influence of California New Age gurus.

The other reason has to do with the exalted place Native Americans hold in popular culture. No one denies that Native Americans were subjected to genocide by various European groups over a few hundred years, and that popular media in 19th and early 20th century USA portrayed them as inferior savages. The response of the Sixties counterculture, though, was insulting in a different direction, projecting onto Native tribes whatever ancient wisdom they wanted to hear. This was done mainly through the use of Italians and other Europeans pretending to be Natives, making up New Age teachings and passing them off as authentic.

As John Miller wrote in the National Review, “Between 1960 and 2000, the number of Americans claiming Indian ancestry on their census forms jumped by a factor of six. Neither birthrates nor counting methodologies can account for this explosive growth. Instead, the phenomenon arises in large part from the increasingly idealistic place Indians occupy in the popular imagination. Much of it is based on harmless sentiment mixed into a hash of unverifiable family legends and wishful thinking among folks who hang dreamcatchers from their rearview mirrors. But for a distinct subset, it’s all about personal profit. They’re professional imposters who have built entire careers by putting the sham into shaman.”

In some cases people just claim to be Native when they are not: author and provocateur Ward Churchill, actor “Iron Eyes” Cody, and so on. In others Europeans claim special insight into Native culture: Carlos Castaneda, for example, wrote his entire Don Juan series with supposed interviews based on a reclusive Yaqui Indian no one else had met, while Lynn Andrews did the same with her Medicine Woman series, based on supposed interviews with reclusive sages in Manitoba.

Some of these teachings are useful in their own right; “Grey Owl” was an admirable man who lived in the Canadian woods, wrote beautifully and became an early advocated for protecting nature from human exploitation, whether or not he was actually an Englishman named Archie Blayney. “The Education of Little Tree” is a lovely story, even if it turned out to be fiction written by a white segregationist.

Decades of such romanticising, though, means that followers of the Sixties counterculture treat Native teachings with a special reverence – even fake ones, and they usually are. I know a number of people who sneered at Harold Camping’s numerous Rapture predictions who seemed to take the Mayan claims seriously – at least, as seriously as anyone takes anything these days, forwarding Facebook memes while filtering any convictions through layers of hip irony.

The 2012 books I have leafed through also yank science-sounding terms into the discussion whenever possible, describing a “quantum leap” forward in human “evolutionary levels.” In invoking these scientific phrases the film-makers are being completely dishonest, using them for ideas that have nothing to do with science. Like the religious cult “scientology,” they steal bits of words from actual scientific research and using them to imbue their vague hokum with a bogus legitimacy.
These things tell us how the myth was formed, but to deal with how it spread –why people in China, Russia and Ireland are all talking about the same thing – we have to look at  modern technology.

Throughout the 20th century, science and technology were supposed to make us less superstitious – from H.G. Wells’ Things to Come to the Star Trek series, decades of science fiction posited a future where we had outgrown such primitive traits. Instead, however, it has made us more susceptible to superstition.

Rather, I want to ask why this belief caught on in every globalised corner of the world at once, and what that says about us. As I wrote this, you see, I was sitting in the pub a few kilometres from my home in rural Ireland, surrounded by my neighbours at other tables, and some of these same people or their relatives might have been gathering here fifty or a hundred years ago – in other words, several apocalypse scares ago. When enthusiasts predicted the end of the world in the 1920s or 1980s, though, I doubt anyone around here noticed – at least, I have seen no evidence of it in interviews or records.

Ireland was affected by the world wars in Europe, of course, but even into the 1970s some of my wife’s neighbours lacked electricity, more lacked television, and most people knew more about their neighbours than about celebrities. Today, though, I’m listening to my neighbours talking about the Mayan apocalypse, the USA grade-school shootings, and the end of the world. We all get hundreds of television stations, and the news channel playing on the wall plays the same USA school-shooting clip that people might be watching in Singapore and South Africa.

Men and women fell for apocalyptic scares easily enough before the fossil-fuel era, but at least the slow speed of information filtered out such time-sensitive panics as this. Today, though, when we spend most of our time staring at glowing rectangles rather than living in the real world, it becomes easy to become isolated, paranoid, or trapped in a bubble of misinformation. When we spend most of our time moving pixels on a screen for a paycheque, it’s easy to fantasise about fighting zombies or some other more meaningful life.

And when people around the world spend much of their time online, a meme can appear and spread almost instantly. Instead of a dubious notion having to infect a critical mass of people in a town before spreading to the next town, a con or conspiracy theory can appear everywhere in the world – to a teenager in Saskatchewan, an old lady in Turkmenistan and an Irish farmer – simultaneously.

As fossil fuels decline and extreme weather events increase, I expect more people to grow poor and feel helpless, but I would also expect more people to spend more time online. I would expect there to be many more scares like this one in our lifetime, and there will be nowhere to go to escape them.
Posted by Brian Kaller at 23:16