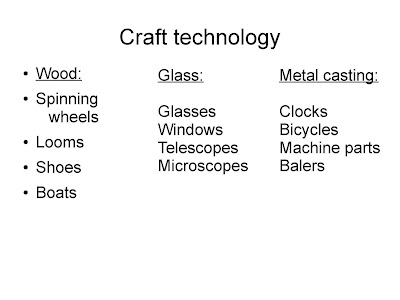 At this point we're moving beyond the household into things that require more infrastructure and division of labour, so let's say we are prepared for a Lifeboat scenario and are now organizing neighbourhood industry – spinning wheels, looms, shoemaking, sailing ships, potter’s wheels and so on. We have the raw materials to make these things again if need be, but the knowledge to make them is rare and fading away.

Once people learned to turn wood into charcoal, they could create the temperatures needed for melting glass or metal. A community that can cast and shape glass could theoretically create eyeglasses, windows, telescopes and microscopes. The ability to cast metal could allow for the creation of clocks, bicycles and basic machinery. Straw balers could also fall into this category, and they are very useful not only for storing cattle feed but for making light and insulating building walls. We need to invest in local industries that could actually create these things if need be, and manufacture replacement parts.

There will be many engines still around several decades from now, but most of us just won’t have our own high-speed personal vehicles, any more than most of us have our own personal planes. We can run a sharply reduced number of engines on bio-fuels, though, and I recommend we save them for fire trucks and ambulances – the things we really need. I recommend every region – say, every county in Ireland – keep a few fields for growing bio-fuels of switch-grass, beets or whatever fits the cli 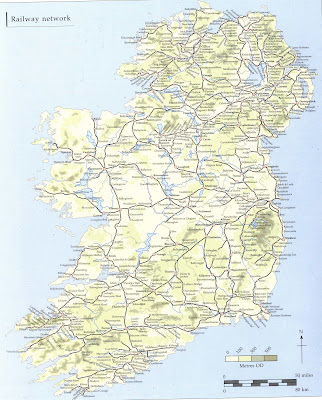 mate, in order to supply their emergency vehicles and factories. 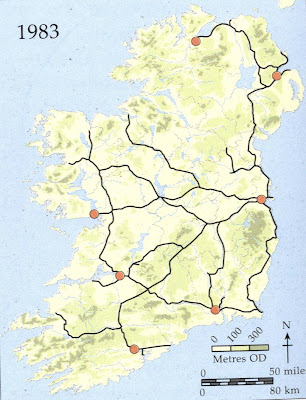 For thousands of years people got by riding horses and carriages, and I suspect that will make a comeback. In some areas canals exist for transporting freight, and many areas still have useable rail lines. 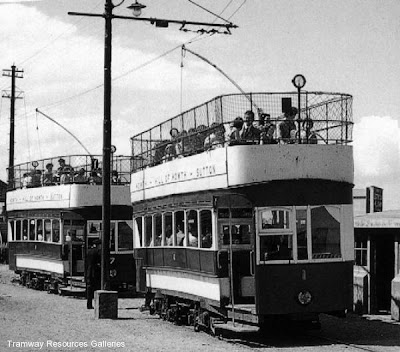 countries have torn up much of their rail infrastructure – here is Ireland, and the damage done in my own United States is of course much more extensive. I would like to see people restore the old rail networks, but we might not have the energy to do so. Electric or bio-fuel buses would seem more widely applicable, and would have more flexible routes.

One possible intermediate step toward rail would be to make buses into trams or streetcars, running on electricity from overhead lines, as is still done in some British cities today. Dublin used to be covered with tramway lines, even having double-decker cars like you sometimes do buses, and American cities used to be covered with similar (we called them) trolleys or s 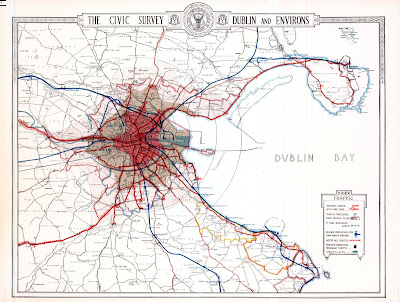 When people talk about expanding rail lines, it is too often diesel trains expanding along existing lines so as to be fast and not interfere with traffic – but remember, if cars become rare, traffic will not be an issue and almost any speed will become fast. I could see trolley lines run along every major road, so that every major town is connected – and that things like crops, manufactured goods can be distributed widely.