The lost chances of the Greens, part III 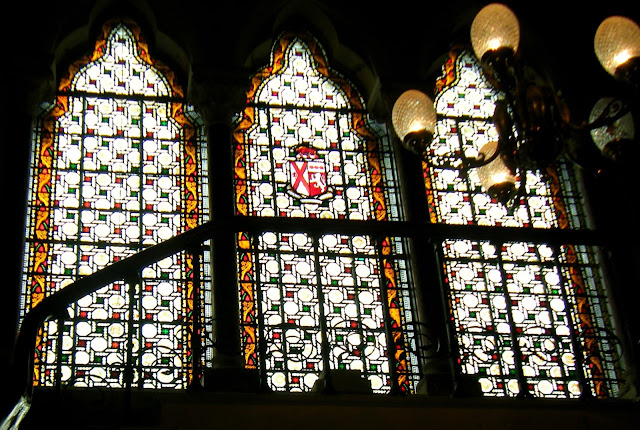 This is a bit delayed -- I've been travelling to Wales and London, and will write more about that shortly


Kaller: I’ve been to a lot of rallies, both before and after I became a journalist, and it always amazed me that so many people there considered themselves to be, because they were fighting the takeover of big corporations, anti-capitalist. I’d read The Wealth of Nations, and

Kaller: Yes, and I believed that, by opposing things like corporate monopolies, I am being extremely capitalist.

"Smith came out of a very Christian society, where the moral rules of how you did things were never questioned ... And that was the framework within which he saw the market operating. When you hit the limit of those rules, the free market no longer applies."

Gilman: I would agree with you on that. Yes, it’s totally oversimplified by people who don’t know the history. I have an economics major, so I know a little bit about the emergence of economic theory, and it is a far cry from what neoconservatives today talk about. The whole nature of the world has changed, and the rise of corporations – one of the big inventions of industrialism, equal to the internal-combustion engine, or perhaps more fundamental. That is a much bigger picture than just Marxism vs. capitalism, or capitalism vs. socialism.

If we were living in Adam Smith’s world, we wouldn’t be doing badly at all; the Greens would be right at home.

Smith came out of a very Christian society, where the moral rules of how you did things were never questioned. That was God’s Word, and I don’t think even Adam Smith questioned God’s Word. And that was the framework within which he saw the market operating. When you hit the limit of those rules, the free market no longer applies.

But nowadays, God is the free market. Instead of the divine hand, the invisible hand of the marketplace is the hand of God.

Kaller: People describe it the same way; people will dismiss any problem by saying “The Market will take care of it.”

Gilman: And a truly free market has almost never existed, if you mean the classic definition of a free market. And it certainly doesn’t exist today; the entire advertising industry is an effort to subvert the free market.

Kaller: Government gives huge subsidies to corporations to keep going, there is a tax structure that allows people to .. well, you know all this.

Gilman: Yes, and I think we’d be in very close agreement on this.

Kaller: What are some of the things the Greens predicted early on that are now happening?

Gilman: The limits to growth. Greens, along with all the rest of the world, have been very slow to move ahead with limiting population, because no one knows how to do it, except that it’s obvious that the more you educate women, the growth of population immediately slows down. The limits of the planet, I think, is the main thing.

Kaller: In the last few decades, have you ever seen anything happen – like, say, the energy crisis of the 1970s, the changes in American politics, the 9-11 attacks, or the Iraq War, and say, ‘That’s the kind of thing this person was talking about way back when.’?”

Gilman: I see it continually. The fact that we are running out of oil – there’s the limits to growth right there … The other thing that I have personally been involved with is the peace movement. And the Greens immediately picked up on the fact that we can’t have wars anymore. We’ll only destroy ourselves. And that was a fairly universal understanding among thinkers at that time. We had the atomic bomb; forget war from here on. And that is only one possibility right now. Weapons of mass destruction, if unleashed, will destroy everybody – they are not going to be controllable. And I think that’s been recognized pretty much since World War II among any forward-looking or fundamental thinkers.

"If we were living in Adam Smith’s world, we wouldn’t be doing badly at all; the Greens would be right at home."

Kaller: And yet, when I read things by the peace movement, I think how enthusiastically I agree, and yet I’m frustrated by a lack of practical implementation. How much of that did you see?

Gilman: An enormous amount. I guess I see this in a very big framework of science and where is the human species going, and I do see us as being in a crisis. I believe we are living in a collapsing civilization. And that makes it very hard to gain perspective, because it is happening so fast in so many areas of our lives, all around us, that to see exactly what is happening is very hard.

I think the fundamentalist movements throughout the world – Christian, Muslim, Jewish (and there are a lot of very fundamentalist Jews – I’m not aware of any really fundamentalist Buddhists, but they must exist, and certainly in Sri Lanka they are far from pacifist) – and the return to familiar beliefs is a panic reaction, something to hold on to, to give people a sense of security in a world that is collapsing, that they can’t understand and that seems completely out of control.