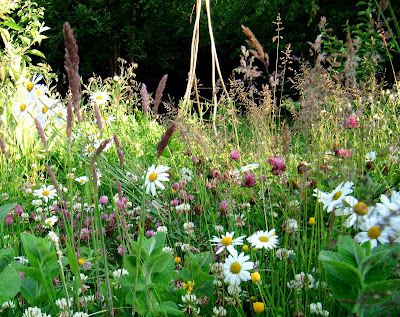 The following post will appear next week in the Nationalist newspaper, Kildare, Ireland.

Many of the most famous wild foods have domestic equivalents, or have been widely cultivated for use. Last week we mentioned the wild foods emerging right now, and many of them -- hazelnuts and elderberries, rose hips and blackberries --- are already widely recognised.

Other foods, however, remain more obscure, even though they surround us, and they could not only prove useful in an emergency, but provide an interesting new range of flavours and vitamins in more comfortable times.

Do remember not to remove plants from the roadside, where they could have been bathing in toxic fumes, or from anywhere you think might have been sprayed with pesticides. When you do find one of these plants, try not to strip them of all their edible parts – leave some leaves for them to continue to grow, seeds for them to continue, and so on.

Bistort’s long columns of lavender flower clusters appear all over our bogs and wastelands, and people in centuries past often ate its leaves on Easter. It should still be edible now, though, and makes a good dish sautéed with leeks.

Medlars are rarely seen – or when seen, recognised -- although they are still widely grown on the continent where the climate is more amenable to them. In medieval times they were used more frequently as an autumn fruit in these islands, perhaps because they flourished during the unusual warmth Europe experienced during medieval times and were almost exterminated by the Little Ice Age of the 1500s and 1600s. Thus, as the climate gets hotter on average, they could be due for a comeback here. Or perhaps they faded from popularity becausethey must be slightly over-ripe to be edible, and the need to pluck them at just the right moment probably made them difficult to fit into our modern system of breeding crops to be able to sit for long periods on ships and shelves.  Nonetheless, they are very tasty and make a great a pie filling, so if you know where you can find a medlar tree, check it out.

If medlars have become rare, however, Fat Hen can be seen everywhere from spring to autumn. It was apparently much more widely eaten in ancient times than today; it formed part of the meal given to Tollund man, one of the “bog bodies” fished out of Denmark, and its Old English name “melde” apparently forms the root of a number of town names. It is basically a wild version of spinach, and its pale green leaves can be cooked the same way.

The garlic –flavoured leaves of Jack-by-the-hedge first emerge in spring, but often a new crop appears this month, so this is a good time to go looking for it. Its large, deeply green, heart-shaped leaves and small white flowers make a great ingredient in salads or sauteed, doubling as both greens and the sprinkling of garlic in one.

Finally, the shamrock-like leaves of wild sorrel carpet forest floors beginning in spring, and can still be seen
this time of year. Its lemony leaves make a perfect addition to salads, taking the place of some of the vinegar in dressing. They can also be cooked, but be warned that they wilt almost instantly, and in an herbal mix should be added lastly.

Do look up what these plants look like to make sure you pick them and not a poisonous equivalent, although there are few extremely poisonous plants in Ireland, and deaths from eating wild foods are extremely rare. The same can be said of mushrooms -- but that will be a future article.

Crops and seasons relate directly to Ireland, but more generally to the temperate Northern Hemisphere.
Photo of field near our house.
Posted by Brian Kaller at 23:51