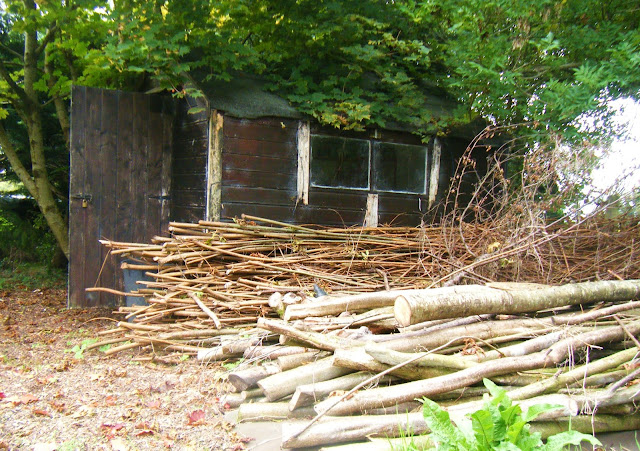 A prehistoric squirrel, it is said, could have scampered from Norway to Singapore without touching the ground, so dense was the carpet of trees that stretched across the world. Similar forests stretched across North America and many other parts of the world – all of them providing a home to thousands of living things, all of them vacuuming the carbon dioxide from the air and keeping the climate stable.
Most of that landscape was felled for timber and paper long ago, the land given over to crops and suburbia – or to wasteland. Of course, humans need food and houses, but we also need timber and wildlife, and our ancestors would have been wiser to preserve some of those forests for future generations. And sometimes, they did – for at least six thousand years, some humans have used an old technique to continually harvest timber from a forest while keeping it alive indefinitely.

When the evergreen trees around here are cut at the base, their roots die. But many broad-leaved, deciduous trees continue to soak up water and nutrients through their roots. The roots put their energy into creating shoots, which grow into new saplings – and soon you will have several smaller trees where you had one before. In a matter of years or decades – how long depends on the type of tree – you can harvest those smaller trees, called “underwood,” and the process begins again. You can keep doing this as long as the original base continues to live, which can be more than a hundred years.

Commonly coppiced species included ash, chestnut, oak, hazel, sycamore and alder, and most of these created shoot from the cut stump, called a stool. The new trunks usually curved outward from the original stool, and so their naturally bowed wood was often prized for ship-building. Other species, like cherry, would send suckers upward from the roots surrounding the stump. Either way, the new shoots grow quickly, fed by a root system made to support an entire tree.

Woodsmen coppiced areas where they could keep out cattle and horses, as animals might eat the shoots. In places where animals might roam the woodland they would pollard – or cut branches higher up on the tree out of their reach.

Willow stands in a class by itself in coppicing, as it does not need to mature before being cut, nor does it require a decade or two of waiting. Its flexible shoots – withies – are perfect for weaving into shapes, which provided early humans with homes, boats, chariots, armour, fences, barns, sheds, coops, weirs, animal traps, and baskets.

Early humans must have regularly cropped basketry plants as they would edible plants, and burned woodlands to encourage their growth, according to anthropologist M. K. Anderson. He even proposes that some of the first agriculture might have been to grow basketry crops, not food crops. (1)

Here in Ireland, willows – sometimes called sallies or silver-sticks – were pollarded each winter from century-old trunks that had never been mature trees, often looking like fields of spiky sea urchins. Weavers here were said to harvest the willow on St. Bridget’s Day – Feb. 1 – and with large machete-like tools called bill-hooks, and collected ten tonnes to the acre.

Waterford farmer and self-sufficiency expert John Seymour called coppicing and pollarding “the most fundamental of woodland crafts.” (2) The earliest stumps that look coppiced to archaeologists date from around 2500 BC, but the craft seems to have been perfected in medieval Europe where vast stretches of woodland were coppiced or pollarded regularly for charcoal, firewood, timber and other uses. (3) 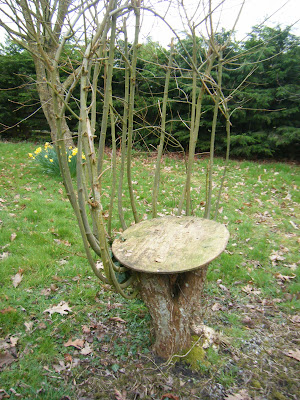 In a copse – a forest of regularly coppiced trees – each tree is marked with the year it was last felled, and only a fraction of them are felled again each year. If the forester is coppicing them every ten years, he or she will fell ten percent of them each year, and the forest will be maintained.

Seymour describes a coppice-with-standards system in which coppiced trees – harvested every several years or so – are interspersed with trees allowed to grow to maturity and felled for large pieces of timber. The latter group – called “standards” – are harvested at a rotation time of about 10 times the coppice; for a coppice cut once a decade, for example, the standards will be cut once a century.

If more forward-looking souls were to turn their fields into copses, they could have a regular harvest of wood for many generations to come. Enough copses around the world could supply the world with paper and timber, warmth and wildlife without the need to ever fell another forest.

Top photo: Wood for the winter.
Bottom photo: Living chair on our land made from coppiced willow.