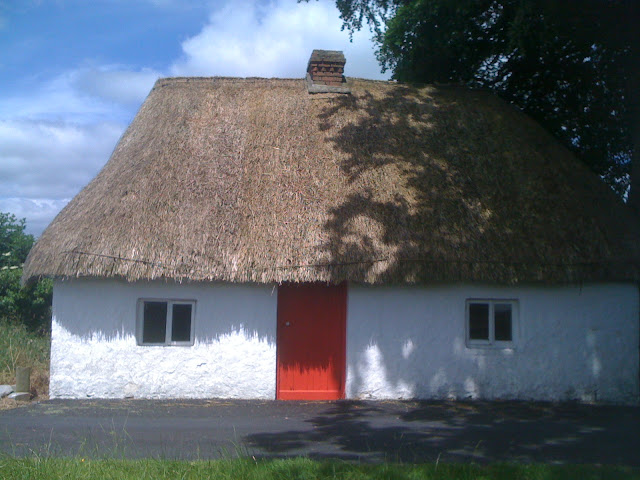 A couple I know lived in a century-old house in the middle of their town, a few miles from their jobs and surrounded by long-time neighbours. When the last of their children left home, they announced it was time they looked for a bigger house.

“Do you mean a smaller house?” I asked.

“No,” they said, surprised. “We mean a bigger house.” They had some extra money now that they were not raising children, and they wanted to invest it.

Their later years, however, did not turn out as relaxing as they had hoped. Both husband and wife had to work full-time to pay for their massive new house, and their few free hours were spent cleaning and maintaining it. They gave their old house to their son and his wife, who worked to pay for its mortgage and maintenance. The son’s child – my friends’ grandson — was put into day care while parents and grandparents worked long hours. I gathered that everyone ate on the run, often felt ill and depressed, and rarely saw their families.

It was not my business how they lived, and maybe there was more to the story. As far as I could tell, though, they had neatly divided an obvious solution into several problems.

If my friends had stayed in their old home with their son, they could have all pitched in to maintain and pay for it. If someone lost their job in this depression, others could fill the gap. They might have more time to spend with the grandchild, rather than pay exorbitant sums to see him raised by strangers.

I talk often with elderly relatives and neighbours from Missouri, Germany and Ireland. They all grew up in different worlds; a farm, an urban tenement, or the ruins of a bombed city. Ask them what has changed, though, and the answer is always the same: the ubiquitous presence of family and community.

Almost all these elders grew up with relatives in the home or nearby. Harvesting the garden, preserving food, praying in church – all these were done as a group, with children mimicking the adults. Even in urban families where most people worked, at least one relative stayed home to keep house, and families ate together, sang or played cards together, and shared beds or rooms. They may have made a fraction of the money as America’s desperately poor today, but did not feel poverty in the same way, for their lives were not spent drifting through a sea of strangers.

Inside the cheap energy window of the last few decades, however, family members were encouraged to live in isolation, first as a “nuclear family” and then as individual consumers. More households saw both parents working, more children warehoused in day cares and more families struggling to pay for escalating mortgages and expenses.

These days, of course, some of us are part of online “communities,” but there we often mistake breadth for depth. No amount of Twittering can build a relationship with the old lady down the road, and no amount of online eco-activism can substitute for pollarding one’s own trees.

Merging disparate relatives under a single roof, of course, is rarely simple – we all have different standards of cleanliness and privacy, different philosophies of child-rearing and cooking. Enough conflicts happen in the single dimension of marriage, and each new presence under one roof multiplies the complications.

But enough lines can also make a safety net, as more hands mean more people to fill in, more likelihood of a cook or gardener or mechanic in the family, someone who can tell stories or play music at the end of the day.

More of us will find ourselves doing this. Foreclosures and unemployment will force more people to move, as will a changing climate, and loved ones are generally preferable to a shantytown behind the Taco Bell parking lot. Smaller families and aging Baby Boomers mean more elderly relatives who need care. We should not wait for an emergency to throw us together, though – we are better off easing into the new grocery lists, new sleeping arrangements and schedules, and new boundaries of modesty and conversation.

This is likely to be the face of our future: a hundred million small and simple changes to reduce our debt and isolation, to cope with less money and weirder weather, to consolidate our possessions and needs. We might have to shed our load of rootless consumerism, but we might also rediscover what it means to be part of something. For some people, who have spent their lives searching for connection and meaning, it will be like coming home for the first time.

Originally published in the Dallas Morning News in 2009.
Posted by Brian Kaller at 21:34

What I’ve realised is this: loans, credit cards etc mean "you can have what you want now"…but being out of debt has strangely meant I can afford whatever I need, whenever I want.

Still, if everyone paid off their debts, the economy would collapse. So do it now!

As it happens, I read yesterday that global debt has how surpassed $217 trillion, three times the world's annual economic output.

Most people I know have had to give up most of their desires or dreams because they are all too deeply in debt. Sooner or later, it occurs to someone I know to ask, "If everyone is deeply in debt to each other, why is there still debt?" or "If the people in this country are all in debt to a few lenders, and the are The People, and this is a democracy ..."

On a tangential side note, most trophy houses built near me (I'm in Clare, west Ireland) over the last 10 or 15 years start off emblazoned with outdoor lighting: earlier floodlights, lately downlighters and gatepost lights, never linked to PIR detectors.

After the first few months, most new residents don't use them: either economic reality sets in or they simply realise outside lighting is a bit daft when you're sitting behind curtains. Or both.