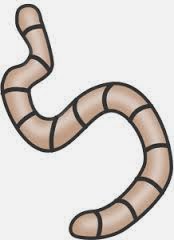 I mentioned a few months ago that one-third of the food in the UK is thrown away uneaten, not even counting the amount that goes to waste on the farm or the factory. Of course, everyone will have some kitchen waste – no one wants to eat the potato peelings or woody stems – but throwing it in with the rest of the rubbish is a ridiculous solution when there are so many allies happy to turn it back into soil.


At the same time, many people have another problem; they want to grow their own food, but have the thin, poor soil of many suburban housing estates -- builders’ waste covered in a thin veneer or topsoil and turf. To grow things properly, many people need to build up their soil with organic waste.

Fortunately, these problems can solve each other, and there are already volunteers ready to help in your neighbourhood. They will work hard for you 24 hours a day without complaint, they are experts at turning kitchen waste into great soil and they work for free. They are worms.

We got a wormery a few Christmases ago, when we were staying in a flat (apartment) while we built our home. Once we had finished and moved back to our land, a full compost bin made more sense, but wormeries still work well for urban and suburban residents. It came in an easy-to-assemble kit – the bin, a stand, an interior tray and – snug in a plastic bag with air holes – the worms. We lay them gently in the tray inside the bin, spread a bit of peaty earth, shredded newspaper and a bit of kitchen waste around them, and then let them settle in.

A medium-sized wormery can process several pounds of organic waste a day – that’s several pounds you don’t have to put in bins, wrap in plastic and put outside in the cold; that won’t take up space in the landfill; and that won’t worsen climate change.

When the temperature dropped, we wrapped insulation around the bin and placed cardboard over the top to keep them warm, and they seem to still be going. According to worm experts, they slow down below eight degrees Centigrade (46 Fahrenheit) and stop altogether below five degrees (41 Fahrenheit). The outside temperature can go five or ten degrees below that, however, and they can still be all right if the wormery is sufficiently insulated. If you live where it regularly goes below freezing in the winter, you can bring it inside or into the shed – a well-maintained wormery should not smell foul.

A few things are not suitable for the worms. They don’t like high-protein dishes like meat, cheese or beans, acidic waste like citrus peels, too much grass, or pet poo. A little bit of these things can be okay, but not much. Most wormeries also come with an alkali powder of some kind in case the compost gets too acidic, and seaweed or crushed eggshells will also help. Some people recommend fireplace ash, but I learned the hard way not to put more than a light dusting -- it kills everything. You can tell if it starts to smell or if you see tiny, threadlike worms. The worms – called potworms in Britain – are harmless themselves, but an indication of a problem.

One nice thing about a wormery bin is that most have a valve at the base for draining excess water -- “worm tea,” which is about the colour of tea and, diluted, is excellent for watering plants.

It's all well and good to talk about living more self-sufficiently, and we know many people fumbling towards it, ourselves included. Most people's idea of self-sufficiency, however -- off-the-grid living, organic farming, wind power and so on -- can involve radical lifestyle changes for most people, and ambitious projects requiring substantial labour. Many of the people we know who are trying to embrace such a life, meanwhile -- ourselves included -- were taught few practical skills in their youth, live in isolation or in small communities, and no longer have the stamina of teenagers.

We too readily undervalue the importance of small and intermediate steps that would allow us to get closer to where we're going -- things that could be adopted by all the people who don't live on acres in the country. We would also be well advised to accept free help wherever it’s given, and when a staff of small experts offers to do some work for us, we shouldn't refuse.
Posted by Brian Kaller at 08:52