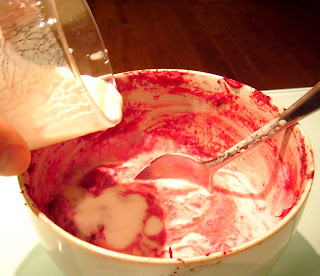 No matter how much “anti-bacterial” soap we use, we live surrounded by bacteria, flowing through a sea of them as we move through our lives. They fill our bodies as well, aside from our own cells; according to geneticist Steve Jones of University College London, you have ten times as many bacteria cells as you do your own. As he put it, “the proportion of your body … which consists of human cells is about one leg below the knee.” It’s their world, and we are the tenants.

Most, of course, are harmless, and some are deeply helpful; we couldn’t digest food very well unless our stomachs were filled with them, and some particularly beneficent types even prepare the food for us.

They turn cabbage into sauerkraut, wine into vinegar, cucumbers into pickles and flour and water into sourdough. Their most accomplished instrument in the orchestra, however, is milk. They turn cream into crème freche or sour cream, can turn the leftovers from butter-churning into buttermilk, make an amazing variety of soft and hard cheeses, and turn milk into yogurt.
One of a few types of bacteria eat lactose, the part of cow’s milk most ethnic groups find particularly difficult to digest, and turn this nutritious but problematic food to lactic acid, making it edible and giving yogurt its characteristic tang.

Middle Easterners made yogurt in ancient times, and Pliny the Elder mentioned it as used by the “barbarous nations” there, but Western Europeans were slow to adopt it, even though we treated bacteria with milk to make cheese. Even now, advertisements in my native USA long promoted it as a weight-loss product, and these days as a laxative.

The easiest way to make your own yogurt is to simply buy some natural, live-culture yogurt as a starter. “Live-culture” means it has some of the living bacteria – the “culture” – that transforms the milk. It takes some yogurt to make yogurt, but you multiply your investment with each batch, and since the bacteria are always multiplying, you have a constantly regenerating supply.

Put 500 ml of milk in a pot on the stove, and turn the heat on very low. Don’t let the milk come close to boiling – monitor it with a clean candy thermometer. Bring the temperature up to around 80 degrees centigrade, and then let it cool to around 40.

Then scoop in about 50 ml of natural, organic, live-culture yogurt as your starter and mix well – some people use only a few spoonfuls, but better to use too much than too little. You could stop here and get a runny batch, but we like to mix in a few scoops of powdered milk to thicken it.

Put the mixture into a plastic bowl, cover it and let it sit in a warm place overnight – we put it with our towels over our water heater – and in the morning, you have yogurt. It will keep for a couple of days at room temperature or a couple more in the fridge.

We in Ireland, as in the UK and USA, tend to sweeten our yogurt with jam, but rather than pay extra money at the store for yogurt, try adding your own jam at home. Or, if you don’t want all that sugar, try mixing in whatever grows around you --- apples, pears, raspberries, blackberries or currants.  The naturally tart kind, however, makes a healthier salad dressing then oil, a healthier sandwich spread than butter or a healthier soup thickener then cream.

Finally, I learned the other day that yogurt can still be made from milk that has gone sour, so that if your fridge went out during the last power outage and the milk has gone off, it doesn’t have to go to waste.

Photo: Yogurt made from said sour milk, going into my borscht.

There's nothing like homemade yogurt from Irish cows! Thanks for the reminder.