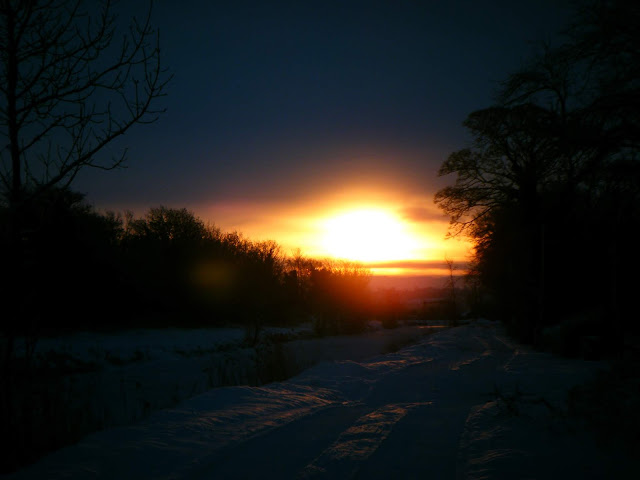 I hope everyone is doing well. I'm gradually adding to the new web site, Old School School, as well as the video channel, so check those out. I'll be publishing a lot more pieces in magazines in the near future, so I hope to reprint them here. In the meantime, Merry Christmas -- or whatever holiday this is for you -- to all.


Whether you grew up in Arizona or Australia, Florida or Johannesburg, you probably celebrated Christmas by displaying plants from Northern Europe – hanging holly, ivy and mistletoe in the house, and decorating an evergreen tree – whether they are appropriate for your climate or not. I used to wonder why these plants, and why Christmas was this time of year when we don’t actually know when Christ was born. Once I moved to rural Ireland, though, these things began to make sense.

You see, I’ve mentioned that we are less than a thousand miles from the Arctic Circle, the same latitude as part of Alaska. We don’t think of Ireland as being so far north; it rarely snows or freezes here, because it’s an island surrounded by a current from the Caribbean, which keeps the temperature from getting too cold. But it never gets that warm either, and the seasonal light changes are extreme.

At Midsummer – the longest day of the year – you can walk around in twilight after 11 pm and before 4 am. Until we moved here, I never understood the title of Shakespeare’s A Midsummer Night’s Dream, his play in which lovers change their allegiances several times in a night. The longest day is the shortest night, so the title emphasizes how quickly love can turn – in a “Midsummer Night,” the equivalent of a “New York Minute.”

Winter brings the opposite, with nights that can last for seventeen hours at a stretch, punctuated by not-quite-days of dim, low light, with the bare trees casting long shadows across a grey landscape. And those are the few hours of daylight before the long night comes again.

Where I live there are no streetlights, and until a few decades ago, no electricity at all, no light but candles and flames. As one Irish writer put it, “the nights were treacle-black, they haunted little children and big men alike. Outdoors was for spectres and hooved creatures with strange powers. Children of the long-legged day would look out petrified at the wild sea.”

In most of the Western world generations now have grown up with streetlights outside and houselights a flick away, and can little comprehend the unsettling power of long and absolute darkness.

No wonder people here used to spend the winters going from house to house, lantern or torch in hand, spending time with neighbours and singing songs, sharing dishes and telling stories. Even further back people here built some of the oldest monuments by humans – Newgrange just north of us, five thousand years old, and Stonehenge in England, built around the same time, and both aligned to mark the solstice of maximum darkness, what the Saxons would later call the Mother Night.

No wonder, then, that people here devoted the longest night to celebration, reminding each other that this too would pass. No wonder people brought indoors the plants that remained green and cheerful – holly, ivy, evergreens -- a reminder that the green world around us would return as the world was remade. No wonder it became the celebration day for the birth of Christ.

Christian holidays, like the faith itself, came to Europe from a very different culture and landscape, the desert lands to the far south and east. Once adopted by peoples of the long darkness, though, they were transformed.

Whenever Christ was actually born, the obvious time to celebrate his birth was when -- after a long and harrowing plunge into the abyss -- the world seems to exhale, the days are born and grow again, and another year of life, with all its possibilities, appears before us.